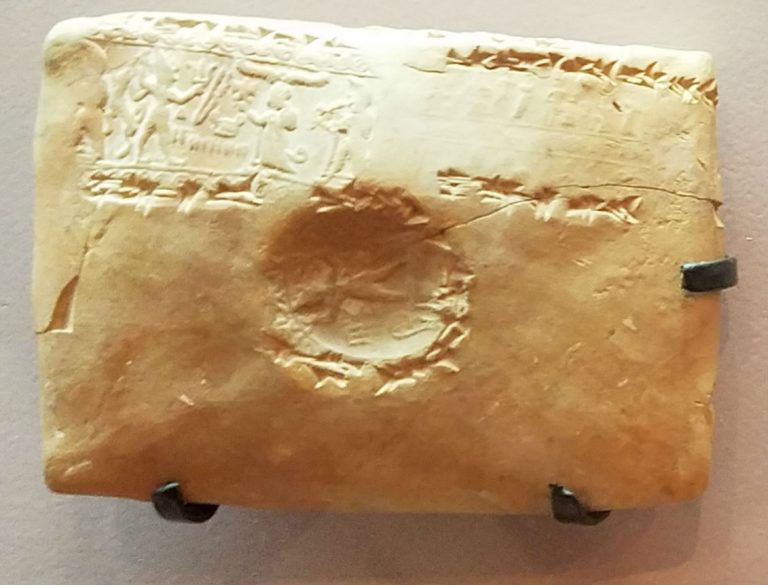 In Genesis 23, Abraham approaches the Hittites about purchasing land to bury his wife Sarah, and is introduced to Ephron the Hittite. Abraham discovers haggling in the ancient Middle East: “the land is worth four hundred shekels silver, but what is that between you and me?” Abraham acquired the land and buried Sarah in the cave in the field of Machpelah near Mamre, which is Hebron, in the land of Canaan.

The people who we label as the Hittites formed an empire in Anatolia, the area of modern day Turkey, around the 17th century BCE. They spoke an Indo-European language, distantly related to the Hellenic (Greek), Italic (Latin), Germanic and Indo-Iranian languages. This is contrast to the inhabitants of the Levant, the area between Anatolia and Egypt, who spoke languages of the Hamo-Semitic language family.

The Hittite Empire gradually managed to extend its reach into Syria, and ranged from the Mediterranean Sea in the west to the Euphrates River in the east. This put the Hittites in conflict with Egypt, and culminated in the Battle of Kadesh in 1274 BCE, near the northern Lebanese and western Syrian border. The Egyptians were led by Ramesses II and the Hittite Empire by Muwatalli II. The battle is well documented in Egyptian and Hittite records and remains the largest chariot battle in human history.

In the story of Abraham burying his wife, the Hittites are found in the region of Judah, in the southern part of the Levant. If these Hittites are the same as the “the people of the land of Hatti,” it would represent Hittites migrating beyond their home territory. Ephron the Hittite would be selling land that was later within the Egyptian sphere, in a contested region over which the two sides eventually went to war. There is a popular comedy show titled “Whose Line Is It Anyway?” If Ephron the Hittite was selling land the Egyptians’ claimed, whose land is it anyway?

The above image is of a sealed Hittite document on display at the Bible Lands Museum in Jerusalem.