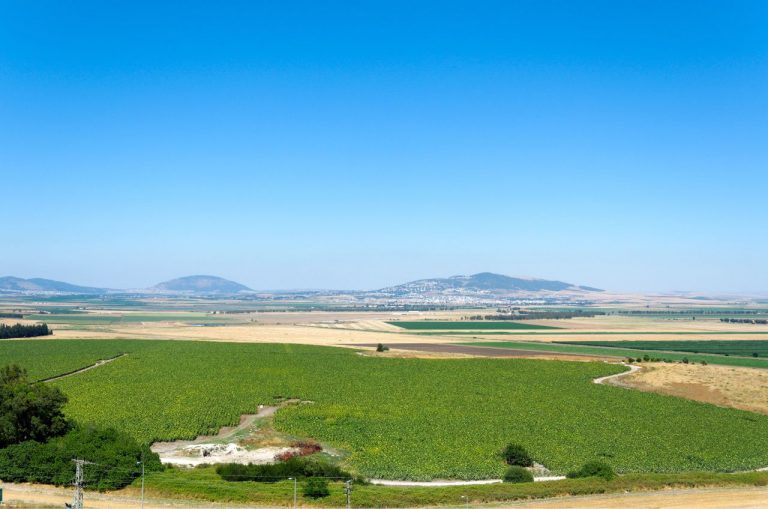 In Genesis 48, Jacob told Joseph that God appeared to him and told him that “I will make you a community of peoples, and I will give this land as an everlasting possession to your descendants after you.” Jacob followed this act by saying how Joseph’s sons were as his own children to him and then blessing Joseph’s sons Manasseh and Ephraim.

Manasseh and Ephraim’s importance is reflected in the importance of their territories, which are delineated in Joshua 16 and 17. These territories stretched from the Jordan River to the Mediterranean Sea and encompassed the northern central hill country, the heartland of the northern Kingdom of Israel.

In Genesis 49, Jacob blessed his sons. One of those blessings was for Issachar. “Issachar is a rawboned donkey lying down among the sheep pens. When he sees how good is his resting place and how pleasant is his land, he will bend his shoulder to the burden and submit to forced labor.

Joshua 19 lists Issachar’s territory. “The fourth lot came out for Issachar according to its clans. Their territory included: Jezreel, Kesulloth, Shunem, Hapharaim, Shion, Anaharath, Rabbith, Kishion, Ebez, Remeth, En Gannim, En Haddah and Beth Pazzez. The boundary touched Tabor, Shahazumah and Beth Shemesh, and ended at the Jordan. There were sixteen towns and their villages. These towns and their villages were the inheritance of the tribe of Issachar, according to its clans.”

Leading off this list is Jezreel and the land that encompassed the Jezreel Valley. With its natural springs and drainage it was fertile land, just as in Jacob’s blessing “how pleasant is his land.” But this land was also in service to the more powerful territories of the central hill country, for which this land was in service to in the 9th century BCE.

An indication of this is at a location within Issachar’s biblical territory, at Horvat Tevet.

Horvat Tevet is a ruin outside the city of Afula. At the site archaeologists unearthed a well preserved pillared building, roughly 65’ x 100’ in size. The building had two entrance rooms and a central hall separated by stone pillars, some over 6’.The foundations of the building were made of limestone blocks, which had to have been transported from elsewhere, as the area stone is basalt. The floors to the building were paved, an unusual feature for the time. The building also contained a four-horned stone altar. Storage jars onsite were typical of those of the 9th century BCE.

While the area is mostly a rural one, this structure was surrounded by industrial works. Digging produced pottery kilns, grinding stones which would have been used to produce flour and objects used in textile manufacture.

This site appears to have been an administrative center for the Israelite kingdom that was ruled from Samaria in the north central hill country. At this location, the royal powers could collect agricultural surplus from the fertile planting grounds of the region for redistribution and trade, especially as the ability to collect surpluses becomes the basis for economic power and by extension military power.

This building was eventually caught up in Israel’s conflicts, likely with the Arameans in the latter half of the 9th BCE. The building appears to have been sealed in advance and then burned during an attack. In the subsequent iteration of building at Horvat Tevet, a fortress was built adjacent to this ruin.

The image above is of the fertile plains of the Jezreel Valley.