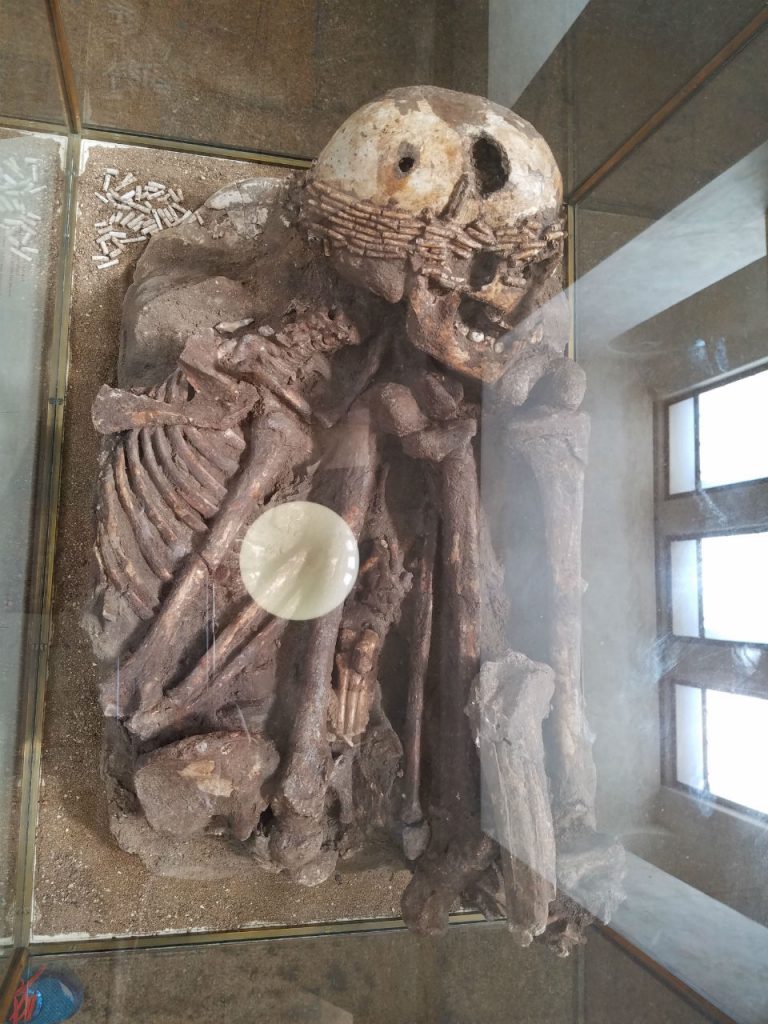 In Numbers 16, Korah, Dathan, Abiram and On plus 250 others challenged Moses’ leadership. “The whole community is holy, every one of them, and the Lord is with them. Why then do you set yourselves above the Lord’s assembly?”

Moses announced that “if the Lord brings about something totally new, and the earth opens its mouth and swallows them, with everything that belongs to them, and they go down alive into the realm of the dead, then you will know that these men have treated the Lord with contempt.”

“As soon as he finished saying all this, the ground under them split apart and the earth opened its mouth and swallowed them and their households, and all those associated with Korah, together with their possessions. They went down alive into the realm of the dead, with everything they owned; the earth closed over them, and they perished and were gone from the community.”

In this story, Korah was buried alive, but burials form a unique aspect of the Iron Age I settlers in the hill country of Canaan.

Burials can be a window into ancient cultures. It can be a sign of hierarchies, as richer individuals or families can afford a more lavish burial. Family burials can demonstrate the importance of close family links in a society. An example of this in the Bible could be in 1 Kings 2 “then David rested with his ancestors and was buried in the City of David.” Grave goods, items that are found within a burial plot, can shed light on beliefs in an afterlife, because they can indicate that the culture believed that the deceased would need those items after death in this life. Rituals to bring goods or food to the deceased after their passing might indicate the belief in a continued relationship on earth after death.

In Late Bronze Age Canaan, tombs can be found both in the hill country and in the coastal plain. But in Iron Age I, with the influx of new proto-Israelite settlers, there is a distinct absence of burial sites. With few formal burial sites, it is believed people would have been buried in simple graves without any unique identifiers. In Iron Age II, rock-cut tombs, with square openings and benches for the deceased, along with funerary gifts, that housed the bones of multiple family members, once again appear in the central hill country.

The lack of Iron Age I graves could be a mark of these early settlers living in a flat society, without hierarchies, and their relative simplicity. It may also be a cultural marker of the early Israelites.

Dancing and talking skeletons may be in the realm of cartoons, Halloween and Jeff Dunham’s Ahmed the Terrorist comedic bit, but for archaeologists, skeletons can tell us a lot.

The image above is of a skeleton with ‘grave goods,’ once buried adorned with jewelry around its head, and now on display at the Rockefeller Archaeological Museum in Jerusalem.