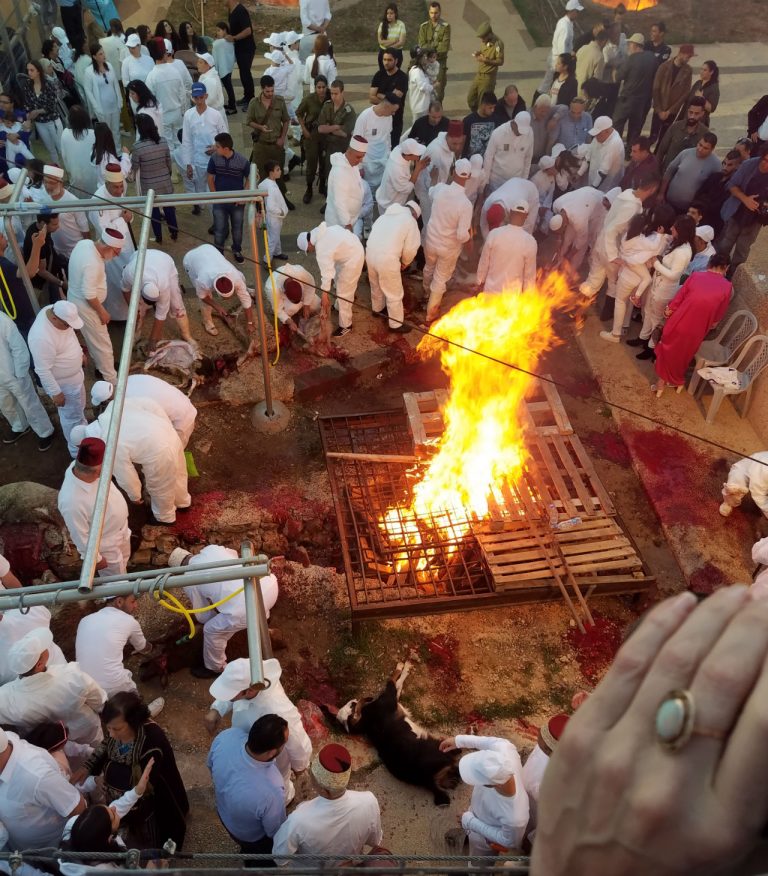 Leviticus 22 contains rules that relate to a priest and his belongings:  “No one outside a priest’s family may eat the sacred offering, nor may the guest of a priest or his hired worker eat it. But if a priest buys a slave with money, or if slaves are born in his household, they may eat his food.”

The juxtaposition of slavery and the holiday Passover presents an opportunity to discuss the earlier stories of Israel’s servitude in Egypt. In Exodus 5, Moses and Aaron approached the pharaoh to request a furlough for the Israelite slaves.

“This is what the Lord, the God of Israel, says: Let my people go, so that they may hold a festival to me in the wilderness. Pharaoh said: Who is the Lord, that I should obey him and let Israel go? I do not know the Lord and I will not let Israel go. Then they said: The God of the Hebrews has met with us. Now let us take a three-day journey into the wilderness to offer sacrifices to the Lord our God, or he may strike us with plagues or with the sword. But the king of Egypt said: Moses and Aaron, why are you taking the people away from their labor? Get back to your work!”

The pharaoh intimates that slaves cannot be allowed a day off, but Ostracon EA5634 recovered at Thebes in southern Egypt, from the 40th year of Ramesses II’s reign, demonstrates that workers in Egypt did not always have perfect attendance records.

An ostracon is a piece of pottery that is inscribed with writing. Ostracon EA5634 contains a list of workers and the reason each worker was absent from work on a particular day.

The most common excuse for missing work was illness. This could be unspecified, or a specific malady such as ‘suffering with his eye,’ or ‘scorpion bit him.’ Other absences include a family member bleeding, embalming a relative, and wrapping the corpse of a relative. Others missed work because they were ‘brewing beer.’ It is possible to imagine that the penalty for doing so would include having to share said beer with co-workers.

Relevant for the biblical account is that certain workers were absent because they were serving the gods, either ‘with his god’ or ‘offering to his god.’ In the light of this artifact, Moses and Aaron’s request to allow the Israelites some time off to worship their God would have been within established criteria for missing work.

Above is a photo of the Samaritan Passover sacrifice, the kind of vacation Moses was seeking for the Israelites. But in the Bible, until the exodus, Israel was left singing the vacation blues.

Ostracon EA5634 is on display at the British Museum in London, UK. It can be view via the following link: