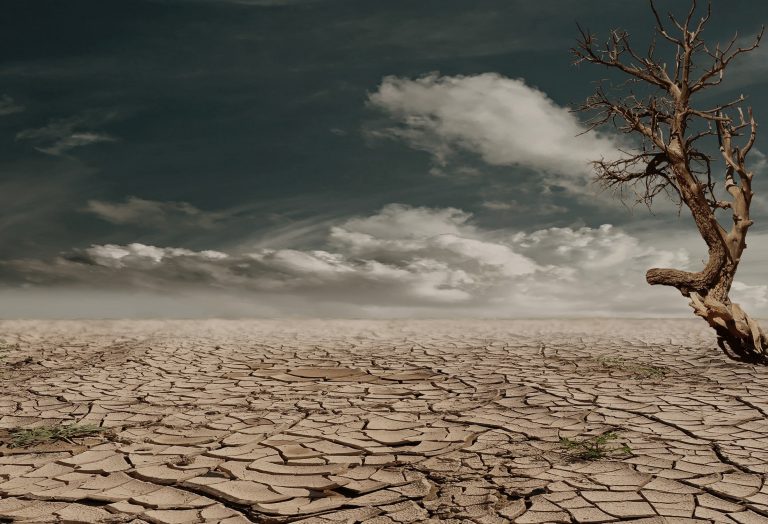 In Genesis 33, Jacob left Syria in the north and headed south to his homeland of Canaan. “After Jacob came from Paddan Aram, he arrived safely at the city of Shechem in Canaan and camped within sight of the city. For a hundred pieces of silver, he bought from the sons of Hamor, the father of Shechem, the plot of ground where he pitched his tent. There he set up an altar and called it El Elohe Israel.“

During the Late Bronze Age Collapse, many of the great empires of the ancient Near East either declined or disappeared entirely. One of the effects is that it opened the door for new states such as early Israel to emerge. Another effect is that it resulted in a widespread decline in interregional trade.

One of the culprits of the Late Bronze Age Collapse is believed to be climate change. Cooler temperatures led to a reduction in rainfall. And reduced rainfall led to starvation.

Two important trading centers in the area of Syria during the Late Bronze Age were Ugarit and Emar.

The ancient city of Ugarit is at Ras Shamra, north of Latakia in Syria. The site was accidentally discovered when a farmer plowing his field hit an ancient tomb with his plow. Ugarit was well positioned for trade. It sat along a coastal harbor on the Mediterranean and beside a mountain pass through which goods could be carried to the interior regions. Its importance for trade is evidenced by large archives of trading records.

The city of Emar lies further inland along the Euphrates, and was an important point on the trade route from the west leading to Mesopotamia. It too produced a large collection of cuneiform tablets that relate to trade.

The Urtenu archive is a collection of cuneiform records found at Ugarit in the office of a trading agent named Urtenu. One possible reading of a letter found at the site, Ugarit Text RS 34.152, points to a famine ravaging Emar: “There is famine in your house; we will all die of hunger. If you do not quickly arrive here, we ourselves will die of hunger. You will not see a living soul from your land.” In the early 12th century, the city of Emar disappeared from the map. Yet another land suffering the broke and hungry blues.