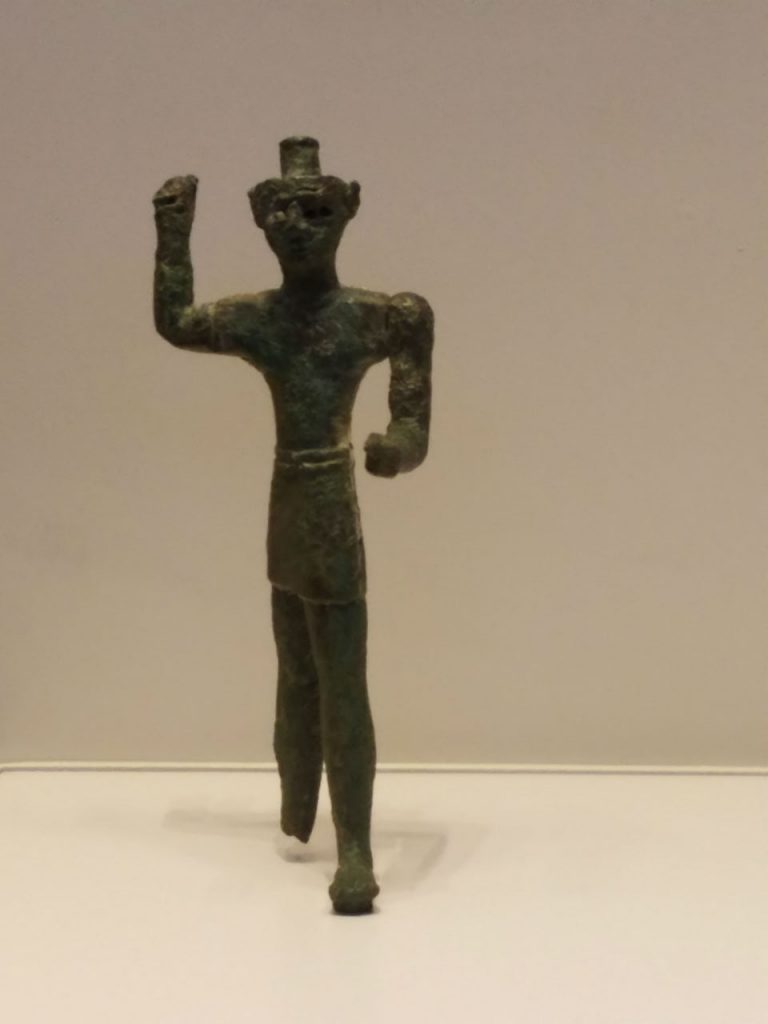 In Genesis 37, Joseph’s brothers conspired to sell Joseph to traders. “As they sat down to eat their meal, they looked up and saw a caravan of Ishmaelites coming from Gilead. Their camels were loaded with spices, balm and myrrh, and they were on their way to take them down to Egypt. Judah said to his brothers, “What will we gain if we kill our brother and cover up his blood? Come, let’s sell him to the Ishmaelites and not lay our hands on him; after all, he is our brother, our own flesh and blood.” The brothers agreed. So when the Midianite merchants came by, his brothers pulled Joseph up out of the cistern and sold him for twenty shekels of silver to the Ishmaelites, who took him to Egypt…Meanwhile, the Midianites sold Joseph in Egypt to Potiphar, one of Pharaoh’s officials, the captain of the guard.”

This episode exemplifies the ancient trading networks. On today’s map it would represent traders from Arabia, coming from northern Jordan, passing through the northern part of the central hill country in the southern Levant, on their way to Egypt.

The Late Bronze Collapse in the late 13th and early 12th century led to the demise of the great kingdoms of the ancient Near East. The loss of the great powers opened the door for new states such as Israel to emerge, but it also resulted in a collapse in the wide trading networks.

One of the theories about the collapse is that a change in climate led to a reduction in rainfall and created famines across the region. There is natural and textual evidence of famine spreading in Canaan, in the Hittite Empire, and in inland Syria. These regions were important for trade. Another domino in this chain fell at Ugarit.

Ugarit was an important trading center on the Mediterranean coast, in today’s Syria. It had good harborage for incoming ships and sat along a series of trade routes that crisscrossed the region. The Urtenu tablets were found within the remains of the southern part of Ugarit, and they contain records of trade across the region. However, they also contain a hint of food shortages at Ugarit. A letter found at the site from the Egyptian king Merneptah records the “consignments of grain sent from Egypt to relieve the famine in Ugarit.” In the early 12th century, Ugarit was destroyed, yet another important polity that became a victim of the Late Bronze Age Collapse.

The image above is of the storm god Baal, an important deity at Ugarit who would later play a role in Canaan.

To recall the domino of Ugarit walking off for good, another Domino: