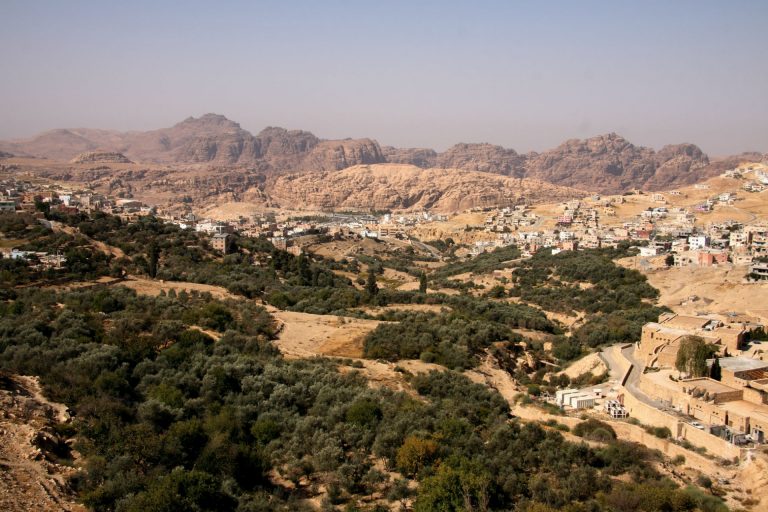 In Numbers 20, Moses asked for permission from the king of Edom to pass through his territory. “Now we are here at Kadesh, a town on the edge of your territory. Please let us pass through your country. We will not go through any field or vineyard, or drink water from any well. We will travel along the King’s Highway and not turn to the right or to the left until we have passed through your territory.” The Edomite king rejected Moses’ request, so the Israelites had to bypass the area.

In Numbers 21, Israel requested passage through the land of the Amorites. “Let us pass through your country. We will not turn aside into any field or vineyard, or drink water from any well. We will travel along the King’s Highway until we have passed through your territory.” The Amorites refused and in a battle, Israel conquered the Amorite territory.

In the Bible, the road Israel wanted to traverse is written literally as “Derech HaMelech,” the “Way of the King,” but it is commonly translated as the King’s Highway. The path that the Bible says Israel traveled was along an important trade route. This trade route connected Egypt to Aramean Damascus and on to Mesopotamia. The route crossed the Sinai, and then headed into Transjordan, passing through the kingdoms of Edom, Moab, Ammon, and the Aramean states.

The exact route of the King’s Highway mentioned in the Bible is not known. Ancient roads were often unpaved, so it can be difficult to determine the exact path. Assumptions can be made based on proximity to existing cities and towns, access to water, and level ground as to where a road might have passed. Satellite images can be used to find ancient paths. Other ancient roads such as the Roman via nova Traiana may have been built over a pre-existing portion of the ancient road.

Regardless of its exact location, it was an important route for trade. The settlers in the central hill country of Canaan, encompassing the Samarian and Judean hills, would have taken advantage of trade along this route. These settlers engaged in trade and were part of the larger regional economy.

However, one exception to this is pottery. The Iron Age Israelites exhibit a lack of imported pottery. Iron Age I, from roughly 1200-1000 BCE is a period of diminished trade in the ancient Near East, but trade increases in Iron Age II, from 1000-587 BCE. During this period, the absence of non-Israelite pottery in the hill country becomes even more pronounced. This may be a cultural marker, either related to an ethic of simplicity, an aversion to imagery or a function of purity law. There is no way to know this, but the absence makes it notable. Trade occurred, but for Israel, the pottery kept on riding on the King’s Highway.

The image above is from near Petra, along the route of the King’s Highway.