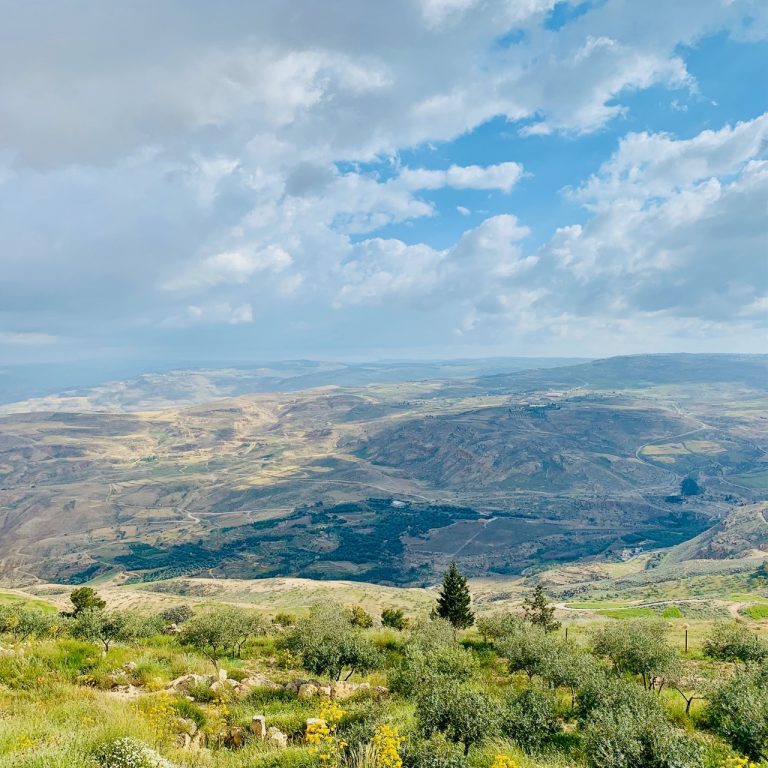 In Numbers 32, two of the Israelite tribes expressed their desire to stay on the eastern side of the Jordan River. The Reubenites and Gadites, who had very large herds and flocks, saw that the lands of Jazer and Gilead were suitable for livestock. So they came to Moses and Eleazar the priest and to the leaders of the community, and said, “Ataroth, Dibon, Jazer, Nimrah, Heshbon, Elealeh, Sebam, Nebo and Beon, the land the Lord subdued before the people of Israel, are suitable for livestock, and your servants have livestock. If we have found favor in your eyes,” they said, “let this land be given to your servants as our possession. Do not make us cross the Jordan.”

Later in the same chapter, Moses grants the tribes of Gad, Reuben and half of Manasseh territories east of the Jordan. The territories granted are described differently here and in Deuteronomy 3. But in sum, Reuben and Gad received the territory from the River Arnon gorge, opposite the middle of the Dead Sea, which was earlier described as the northern border of Moab, north to the region of Gilead, opposite of the Jordan River. Reuben’s territory lay to the south of Gad’s territory. Manasseh received territory from Gilead north to Bashan, an area stretching opposite the Sea of Galilee running north to include the Golan Heights region.

A look at the climate and geography of the region can explain the tribes’ choice. Israel and Jordan are located in the subtropical region, between the tropical zone to its south and the temperate zone to its north, where cold winters and hot summers predominate. Starting at the Mediterranean coast of Israel, and moving west to east, the coastal zone of Israel experiences wet winters and dry summers. The rainfall amounts are higher in the north, while the south is drier. East of the hill country, the lands falls into the arid Jordan Rift Valley, also known as the Syro-African Depression. There, the Dead Sea shore is the lowest point above water on the surface of the earth.

Continuing east, the land rises sharply to a plateau that is cut by river gorges, such as the Arnon River and the Jabbok River. This plateau has a Mediterranean climate, and just as in Israel, the north receives more precipitation than the south, which explains why the southern range of this promised territory ends at the Arnon River gorge. The land then turns drier as it moves east into the Syrian desert and northern Arabian desert.

The photo above, taken in the Jordanian plateau, shows why the tribes of Reuben and Gad would have felt that the land they were presently in was “suitable for livestock.”

To get a feel for this land and lifestyle, feel free to enjoy nine hours of relaxing sheep watching: