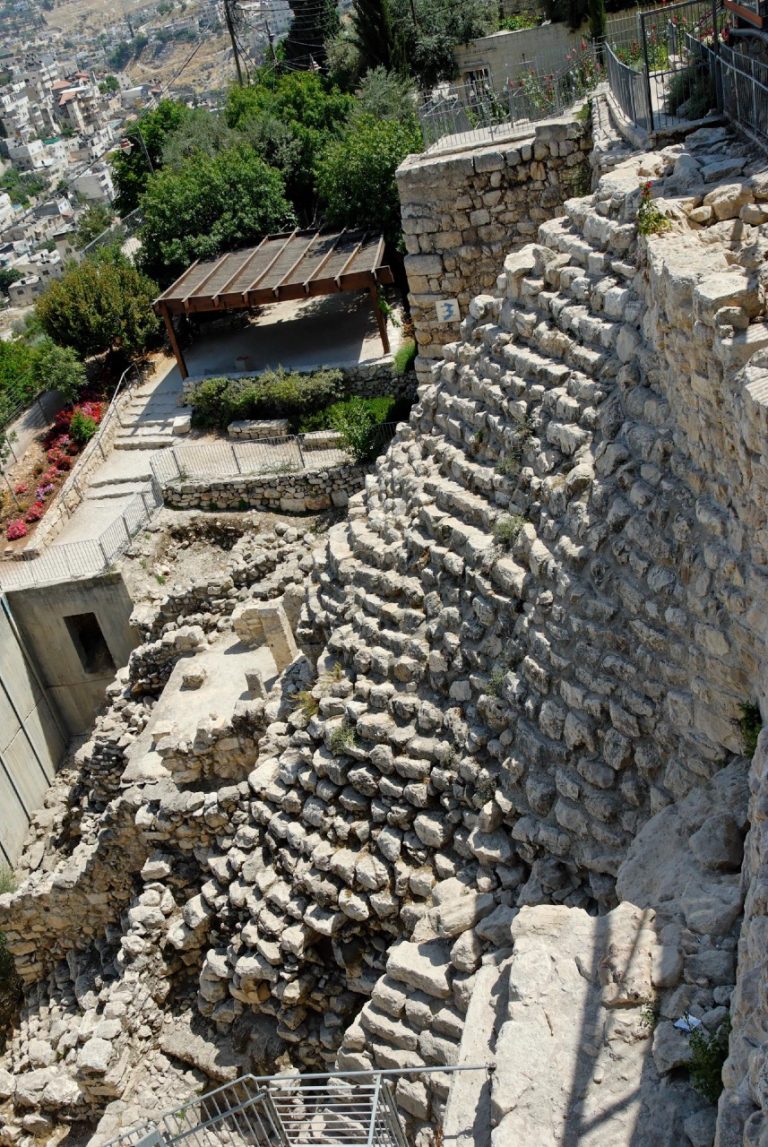 Deuteronomy 22 gives instruction about building safe construction. “When you build a new house, make a parapet around your roof so that you may not bring the guilt of bloodshed on your house if someone falls from the roof.” For the Bible, safety has to be designed into the construction.

The ancient city of Jerusalem had its own construction safety challenges. The original city was built on the hill at the City of David, just south of the today’s Old City. As the city was built on sloping ground, water runoff could potentially undermine the stability of the earth and a building’s foundations.

The wall of the Stepped Stone Structure could be climbed, making it unlikely to have been a defensive wall. It is more likely that the structure was built as a support for construction above, and designed to protect the integrity of the ground.

There are questions as to the timing and intent of this construction. Pottery found within the foundations can be dated to either the Iron I or Iron IIA period. The question of whether the Iron IIA is 10th century BCE or the 9th century BCE means that its construction and any interpretation is a matter of debate. There are other questions about whether the wall and foundations were built at the same time or at different periods in history.

These questions play a factor in the determination of structures built above it.