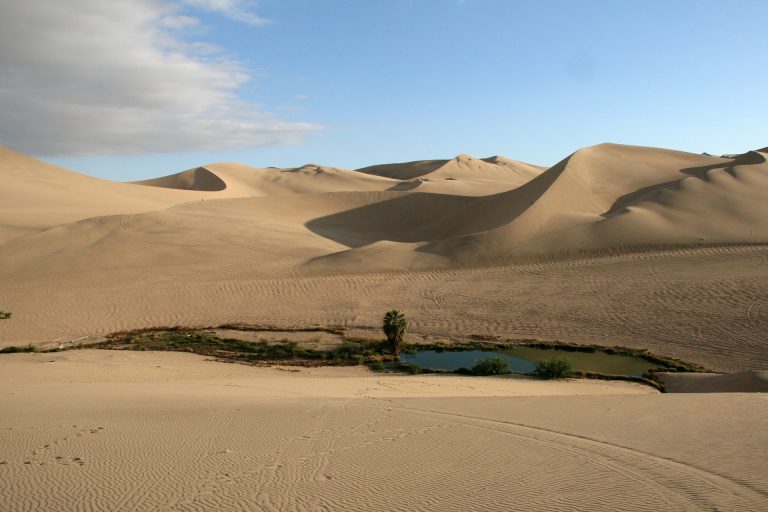 In Deuteronomy 26, the Israelites are commanded to bring their first fruits to the temple in Jerusalem. Upon presenting the fruits the donor proclaims that  “My father was a wandering Aramean, and he went down into Egypt with a few people and lived there and became a great nation, powerful and numerous. But the Egyptians mistreated us and made us suffer, subjecting us to harsh labor. Then we cried out to the Lord, the God of our ancestors, and the Lord heard our voice and saw our misery, toil and oppression. So the Lord brought us out of Egypt with a mighty hand and an outstretched arm, with great terror and with signs and wonders. He brought us to this place and gave us this land, a land flowing with milk and honey; and now I bring the first fruits of the soil that you, Lord, have given me.”

Deuteronomy continues: “You have declared this day that the Lord is your God and that you will walk in obedience to him, that you will keep his decrees, commands and laws, that you will listen to him.” While the pilgrim declares that his ancestors were slaves in Egypt, archaeologists are less certain about the nature of these events.

The first question about the veracity of a literal biblical account is the lack of direct evidence for a large-scale exodus in Egypt. There are no monuments or records outside of the Bible that record similar events. This can perhaps be explained away because the ancients were not in the habit of recording their losses. Ramesses II’s stalemate against the Hittites at Kadesh was presented in Egypt as a great triumph. Defeats were not recorded.

There is no direct evidence in the Sinai or in the Transjordan for a large scale wandering. In the Bible, the Israelites are said to be nomadic, wandering across locations, not setting up permanent roots, so they would be less likely to leave traces in the archaeological record. The Sinai Desert is hot and sandy, and artifacts would likely to degrade in the sun or be covered with sand. Outside the Bible there is no evidence for Moses, Aaron or Joshua, though the odds of finding traces of a nomadic individual is always unlikely. Egypt ruled over Canaan for centuries, and as their control waned new settlers appeared in the Central Highlands of Canaan. But these new settlers show no clear connections to Egypt or Egyptian influence, which one might expect of escapees from Egypt.

In the Book of Joshua, the Israelites attack and burn Jericho, Ai and Hazor. Hazor has a significant destruction layer that dates to the 13th century BCE, and the iconoclastic behavior has led some to suggest this was done by the Israelites, destroying the images of other gods. But the timing and identification of the other two cities is problematic.

Tell es-Sultan, in the Jordan Valley, just north of the Dead Sea, has been identified as the site of ancient Jericho, but a destruction layer there has been dated either to the mid-16th century or late 15th century, a distance away in time from the destruction at Hazor. The site of Khirbet et-Tell best fits the geographical location of Ai, but its destruction layer was from the 24th century BCE, and it was uninhabited until the 13th century BCE. Some have posited that Ai must be an as yet undiscovered site, but there are few other options.

The biggest challenge for archaeologists trying to match a literal version of the Bible’s account is the magnitude of the exodus. The Bible says that 600,000 men between the ages of 20 and 60 left Egypt. If an equal number of women, plus those under 20 were counted, they would number at least 1.8 million individuals. The Bible itself would seem to suggest that this number is high. Exodus 6 lists four generations from Levi until Moses. If only 70 of Jacob’s descendants went down to Egypt, it would be hard for those 70 to grow into nearly 2 million people in that short a period. It is for this reason the medieval commentator Rashi explained that the Jewish women gave birth to six babies with every pregnancy.

In the midrash of Mekhilta d’Rabbi Yishmael 13:18, it says only one out five of the Israelites left Egypt, which would have meant there were 8 million plus Israelites in Egypt prior to the exodus. At the beginning of the 1st millennium CE, Egypt was estimated to have a population of only 7 million. The midrash’s estimate alone would exceed that number, and even a number of 1.8 million slaves ruled by the remainder would be hard to support. The logistics of moving 1.8 million people through a desert would be daunting. A 1915 survey of the population of Palestine counted roughly 700,000 inhabitants, and the estimated carrying capacity of the land prior to modernization was roughly 1 million people. This is well short of the number the Bible says would have entered the land.

A Christian reading places the exodus in the 15th century BCE. The Jewish Seder Olam Rabbah places it in the 14th century BCE. Archaeological evidence shows signs of an early Israel appearing in Canaan in the 13th century BCE, but different readings of the evidence have led to differing theses over where these Israelites came from. Some claim there was an Israelite conquest from east to west. Others claim it was a gradual, peaceful infiltration from the east. Yet others claim it was a peasant revolt in Canaan, a west to east population shift from the coast into the highlands.

As to the source of the exodus story, those who argue against the idea of slaves exiting Egypt and making their way to Canaan claim that it is an invented history, possibly an imagined history from the period of Egypt’s rule over Canaan, or a glorified story of the Semitic Hyksos being expelled from Egypt in the 16th century.

To archaeologists, these are all more plausible scenarios than trying to hydrate a nation of millions at a desert oasis.