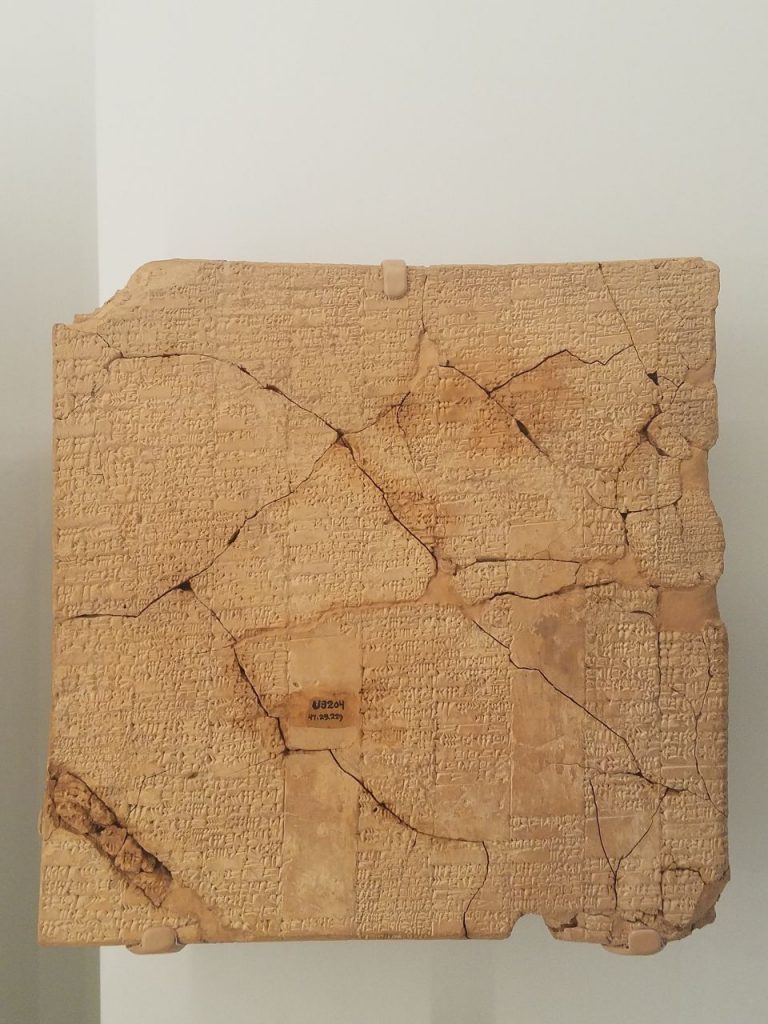 The Book of Genesis ushers in a new epoch. With the act of creation, God introduces a new period of history. In a like vein, this blog post will usher in a new period, the 9th century BCE, a century which incorporates parts of the Iron IIA and Iron IIB periods.

In the biblical account, the people complained to King Solomon’s son Rehoboam about the heavy tax burden. Rehoboam rejected his senior advisors’ advice and he listened to his young advisors, who recommended Rehoboam respond as follows: “My little finger is thicker than my father’s waist. My father laid on you a heavy yoke; I will make it even heavier. My father scourged you with whips; I will scourge you with scorpions.” In response, “When all the Israelites heard that Jeroboam had returned, they sent and called him to the assembly and made him king over all Israel. Only the tribe of Judah remained loyal to the house of David.”

In the Bible, almost from the outset, the northern Kingdom of Israel abandoned its fidelity to God and struggled with palace intrigue, with kingly dynasties ending in acts of murder. Jereboam’s son Nadab became king, only for Baasha to kill Nadab and Jereboam’s descendants. Baasha’s son Elah replaced him on the throne, but was then killed by Zimri, who was killed, leaving Tibni and Omri to fight for kingship, with Tibni dying. Omri became king and his dynasty would rule for a century.

In the Bible, the smaller, weaker, southern Kingdom of Judah was able to maintain its dynastic rule, with power passing from Shlomo to Rehoboam to Abijah to Asa to Jehoshaphat and beyond. The Kingdom of Judah was not able to force the Kingdom of Israel to rejoin it in a United Monarchy. Instead the two sides allied with each other, with royal marriages binding the two rival kingdoms.

There is a debate as to the timing of the Iron IIA period. Those who support a ‘High Chronology’ believe that the Iron IIA period began in the early 10th century BCE, while those who support the ‘Low Chronology’ argue for an Iron IIA period that begins the late 10th century BCE. While the differences between the two sides have narrowed, the gap is still significant enough to have major implications for the start and development of the Kingdom of Judah and the role of Kings David and Solomon. For the High Chronology, a centralized kingdom of many tribes led by a King David could have existed in the 10th BCE, while for the Low Chronology, the Kingdom of Judah only arose in the 9th BCE, and was small chiefdom that was no competition for the more powerful Kingdom of Israel.

Irrespective of the exact centuries, in the southern Levant the shift from the Iron I to Iron IIA period featured increasing urbanization, and a reduction in the number of small villages. The Tel Dan Stele demonstrates that in the 9th there was a ‘House of David,’ along with a Kingdom of Israel, who in the Iron IIA would together dominate the central hill country of the Cisjordan. This control would be challenged, as evidenced by destruction layers that will mark that end of Iron IIA period and the beginning of the Iron IIB period in later 9th BCE.

The image above is of a Babylonian tablet that records business transactions, comparable to tax documentation, on display at the Penn Museum in Philadelphia, PA.