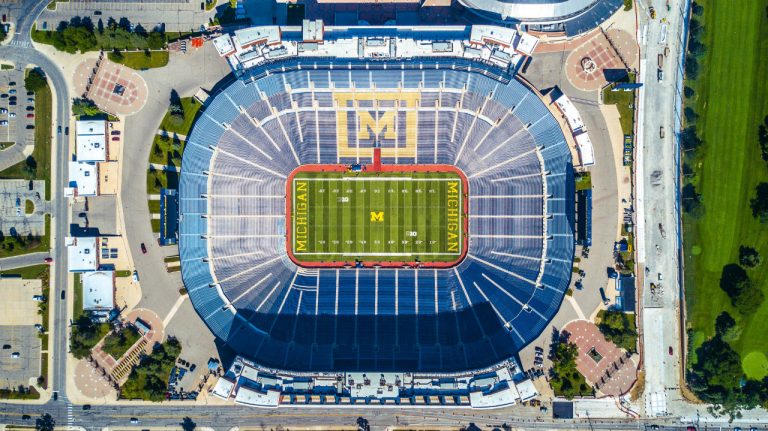 Throughout the stories of Israel’s slavery in Egypt, Moses and Aaron approach the pharaoh to ask for Israel’s release from servitude. The pharaoh is always unnamed, written with his title only and none of the five personal names the Egyptian king was typically given. The lack of a personal name complicates efforts to figure out who the pharaoh of the exodus was, but is in line with the use of the term ‘pharaoh’ in the 2nd millennium BCE.

The University of Michigan’s football team plays its home games at the ‘Big House.’ The title ‘pharaoh’ has the same connotation. The Egyptian words Pr-aa, which give us the word pharaoh, translate to ‘Great House.’

Over the course of its history, Egypt was ruled by various kingdoms and dynasties. Just as the dynasties changed over time, the use of the term pharaoh changed over time. In the early 2nd millennium BCE Middle Kingdom, the term pharaoh was used in a blessing for the broader palace and kingdom. The ‘Great House’ was more literally referring to an actual building. By the mid-2nd millennium New Kingdom, the term pharaoh refers to the king of Egypt himself. The first known appearance of the term being used in this way may come from the reign of the Egyptian king Thutmose III. But it is clearly used that way in copies of a letter that were found at Gorub, about 100 miles southwest of Cairo. The letter addresses the Egyptian king Akhenaten, “’Pharaoh, all life, prosperity, and health.”

At the beginning of the 1st millennium BCE, the title pharaoh starts to become appended with the personal name of the Egyptian king. This will eventually become common practice. It first appears in southern Egypt in the Karnak Priestly Annals, when it refers to the Pharaoh Siamun. It continues this practice elsewhere with Pharaoh Psusennes, Pharaoh Shoshenq and subsequent pharaohs.

The Bible also follows this pattern. The stories of Israel’s slavery in Egypt take place in the mid 2nd millennium BCE, and the pattern of referring to the Egyptian king as a pharaoh, without a personal name, matches the Egyptian use of the term pharaoh. In the later historical books, the pharaohs are mentioned by their given names. 1 Kings chapter 11 mentions a Shishak, who is commonly associated with the Pharaoh Shoshenq. 2 Kings chapter 23 refers to Pharaoh Necho, king of Egypt.

The Torah’s silence about the personal name of the pharaoh has created a cottage industry of historians and theologians attempting to identify the Egyptian king in the exodus story. But the silence on the names seems less about obfuscation and more in keeping with the practice of the times in referring to the ‘Great House.’

The first mention of a pharaoh followed by his name can be seen in the Karnak Temple in Luxor. In the Akhmenu, the Festival Hall of Thutmose III, the Karnak Priestly Annals show a priest who dates his term to the reign of Pharaoh Siamun.