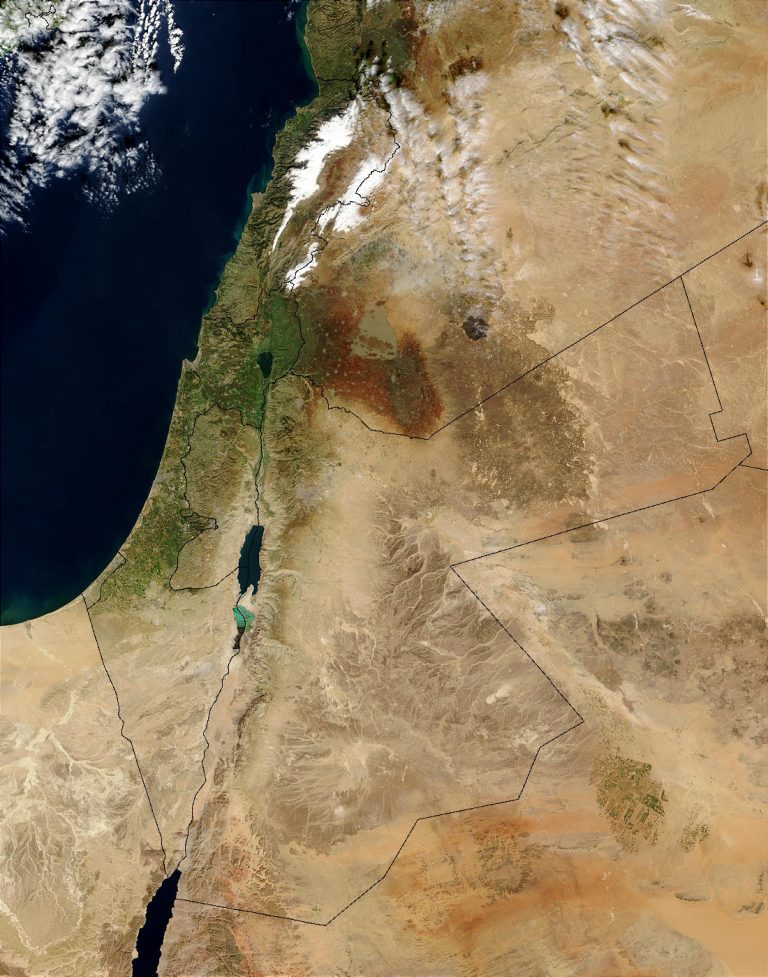 Cush is traditionally identified with Ethiopia, which happens to be one of the main sources for the Nile River. The Euphrates and Tigris begin in Anatolia and run through the area of modern day Iraq. Between these two regions, in the southwestern corner of Asia, is the Levant, encompassing today’s Syria, Lebanon, Jordan, Palestinian Territories and Israel.

The Late Bronze Age Collapse saw the demise of the large empires and kingdoms in the ancient Near East. Central authority collapsed in Egypt, leading to the Third Intermediate Period. The Hittite Kingdom in Anatolia collapsed, as did the Kassite Babylonian Kingdom in Mesopotamia. Assyria was significantly reduced in size. The collapse of the kingdoms surrounding the Levant allowed for the rise of city states within the Levant.

After a slow start, by the Iron Age IIA, beginning roughly in 1000 BCE, new city states developed across the Levant. In the Cisjordan of the southern Levant, in the central hill country a new kingdom would begin to establish itself. Along the coast, the Philistines established themselves in the Philistine Pentapolis and along the edges of the Shephela, the foothills that led east to the hill country. In the northern coastal plain, in the Galilee and running north to modern day Lebanon, the Canaanites, also referred to as the Phoenicians, played a key role in regional trade. Further inland in the northern Levant, the Arameans, and the kingdom of Aram Damascus held sway.

East of the Jordan River Valley, in the Transjordan, running from south to north were the Edomites, Moabites and Ammonites. The Edomites were situated south of the Dead Sea, extending west into the valley. Moab was in the area east of the Dead Sea, bisected by the Arnon River. Ammon was mainly between the Arnon and Jabbok Rivers. In the Iron IIA, these entities appear to have been at varying stages of development of their kingdoms.

In the Bible, these nations would be the chief rivals to the united kingdom of David and later the kingdoms of Israel and Judah. And they would all play a role in the events of the books of 1 Samuel – 2 Kings 15.

For some excitement in the other Moab, in Utah, a driving adventure.