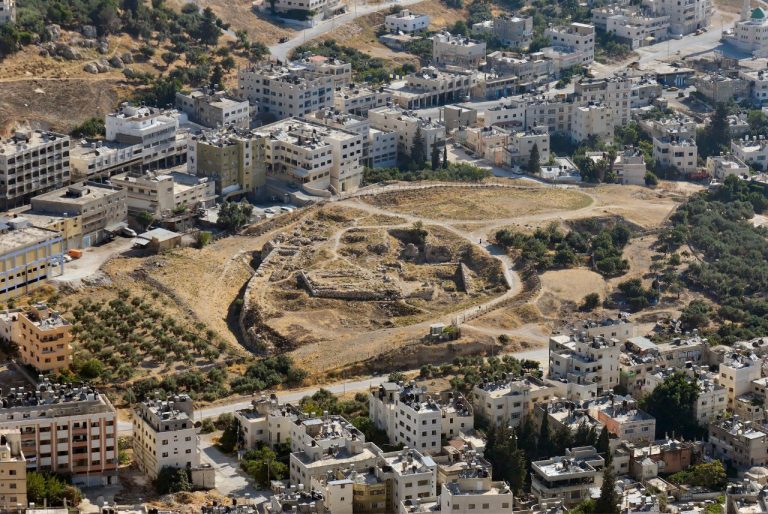 In the Bible, the city of Shechem has a long and sordid history. In Genesis 34, it was there that Jacob’s daughter Dinah was raped, and then after an agreement was reached with its populace, Dinah’s brothers Shimon and Levi slaughtered the town’s inhabitants. In Judges 9, at Shechem, Abimelekh gained the support to go and murder his 71 brothers. In 1 Kings 12, when Jeroboam led the secession of the northern tribes of Israel from the united monarchy of the Davidic kingdom, he immediately established himself at Shechem.

The city of Shechem is known from ancient Egyptian sources. Ancient Egypt was the dominant political power of the 2nd millennium BCE, and has left us a vast set of records. These show that already in the 19th century BCE, the ‘land of Shikmu’ was perceived as a danger to Egypt. In the 14th century BCE Amarna Letters from Egypt’s short-lived capital of Akhetaten, today’s El Amarna, those in the southern Levant aligned with Egypt ask for assistance against an invader “Labaya, king of Shikmu,” who is attempting to undermine Egyptian rule. It is assumed that Shikmu is one and the same as Shechem.

The exact location of the ancient town of Shechem is unknown, but archaeologists have settled on Tell Balata as the most likely site. Tell Balata is located in the mountain pass between Mount Gerizim and Mount Ebal, with the Askar Plains sitting to the east. The site is at a strategic point. From there, it could control access to and from the west, as travelers were funneled into the mountain pass, before they could continue on to the important trade routes.

The site has a fluctuating pattern of habitation, indicating that it too underwent periods of turmoil. The city grew to become a sizeable fortified city in the Middle Bronze Age into the Late Bronze Age, one that per the Egyptian records had designs on expanding its sphere of influence. The city declines significantly in the Iron Age I, but recovers in the Iron Age II, the period that could include Jeroboam’s settlement within the city.

The image above is of the site of Tell Balata, taken from the vantage point of Mount Gerizim.