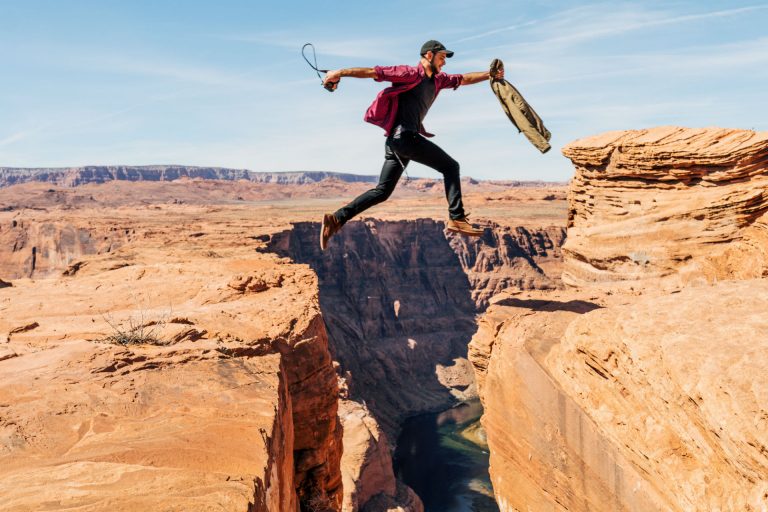 In Deuteronomy 31, Moses tells Israel to put their faith in God, that God will help them conquer the land of Canaan. “The Lord your God Himself will cross over ahead of you. He will destroy these nations before you, and you will dispossess them. Joshua will cross ahead of you, as the Lord has said. And the Lord will do to them as He did to Sihon and Og, the kings of the Amorites, when He destroyed them along with their land. The Lord will deliver them over to you, and you must do to them exactly as I have commanded you. Be strong and courageous; do not be afraid or terrified of them, for it is the Lord your God who goes with you; He will never leave you nor forsake you.”

The evidence unearthed in Egypt and in the southern Levant can support a limited Israelite exodus and entry in Canaan. The earliest mention of Israel in the 13th century BCE, coinciding with the population spike in the central highlands of Canaan, provide a framework within which one can argue that a group left Egypt and settled in Canaan.

Ultimately though, what scientists understand about the geography in Egypt and the Levant, the availability of water, food supplies, towns, use of slaves, population and the archaeological evidence do not support the literal biblical version of the Exodus account. The size and scope of the story are too large for historians to accept. The limitations of science explain why this is the case.

Historians attempt to use the scientific method when analyzing the past. However, with history, nothing can be fully proven. There is no way to truly test what happened in the past if it is not in front of us to be tested. There is no way to prove or disprove if Martians built the pyramids in Egypt or if giants build Stonehenge. Instead, historians make judgments about the physical world today and apply them to the past. If Martians do not interfere in human affairs today, it is assumed Martians did not involve themselves in human affairs over 3,000 years ago. If open miracles cannot be observed today, then historians will assume that open miracles could not be observed in the past. Science will discount the miraculous, the divine, the otherworld and any and all unobservable claims.

Still, history is limited in its ability to explain events from the past. And despite it’s discounting, history cannot rise past the level of theory to become an unassailable scientific law.

By contrast, religion makes claims about the metaphysical, beyond the observable physical world. Religious claims about God, divine beings, immortality of the soul and miracles in the past can neither be proven nor disproven. Therefore, they are beyond scientific analysis.

At the end of the Yom Kippur prayers, when the Ne’ilah prayer reaches its crescendo, the cantor and then congregation announce:

“Blessed is the name of the glory of his kingdom for eternity.”

This can provide an approach for the biblical account. Science cannot allow for miracles and for divine intervention. There can be no miraculous plagues, or a splitting of the sea or millions wandering in the desert and being sustained by God. To believe these stories requires more. A literal reading requires a leap of faith, similar to the leap of faith taken with the prayers at the end of Yom Kippur.