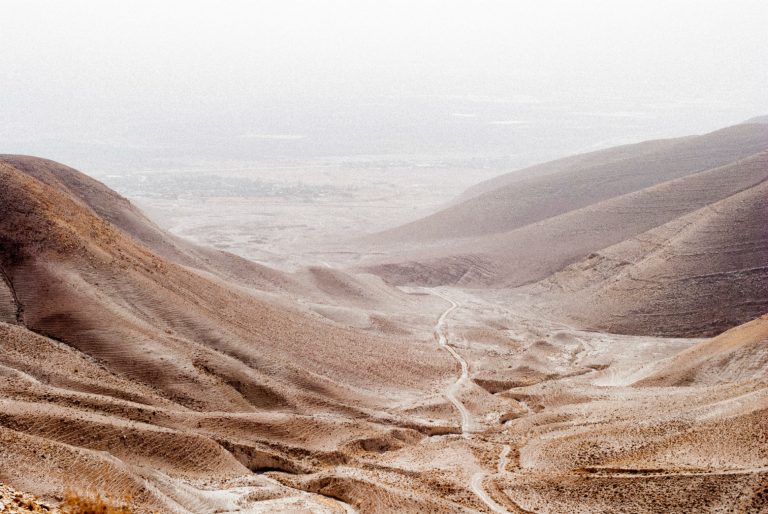 This week’s parshah, Behaalotecha, covering Numbers chapters 8-12, discusses aspects of Israel’s travels. Numbers 9 tells of the cloud above the tabernacle that directed Israel’s travel itinerary. Numbers 10 contains instructions to make trumpets that will be used to signal when Israel will be traveling. The Israelites then began their journey from the Sinai Desert to the Desert of Paran. In Numbers 11 the Israelites traveled from Kibroth Hattaavah to Hazeroth, and in Numbers 12 they went from Hazeroth to the Desert of Paran.

In the Bible, the nation of Israel left Egypt and headed into the Sinai Desert. From there they went east and crossed into the area of southern Jordan. They moved north through the lands of Edom, Moab and Ammon. From there they would move from east to west and enter into Canaan.

A debate exists between archaeologists about the origins of the settlers who in the early Iron Age occupied the hill country of Samaria and Judea, the group who are believed to be the early Israelites. Some are of the belief that they were Canaanites who migrated from west to east, from the coastal plain to the hill country. On the other side of the debate are those who believe these early settlers came from the other side of the Jordan River, and migrated from east to west.

Based on pottery types and their popularity by century, he found that these early settlers began to appear first in the Jordan Valley and along the eastern rivers in the 13th century BCE. They lived a seminomadic life, moving to better pasture by season. In the 12th century BCE, these early settlers moved to the eastern part of the hill country and into the inner valleys and engaged in farming activities. By the end 12th/early 11th BCE they had expanded to the western edge of the hills surrounding the valleys and were engaging in more complex and more settled terraced agriculture.

In sum, the result of Zertal’s Manasseh Hill Country Survey points to the early Israelites arriving in the Samarian and Judahite Hill Country, moving in an east to west direction, the direction described in the Bible.

The photo above is of the Jordan River Valley, the type of terrain the 13th century BCE settlers would have lived in.

The direction they went, song courtesy of Disney: