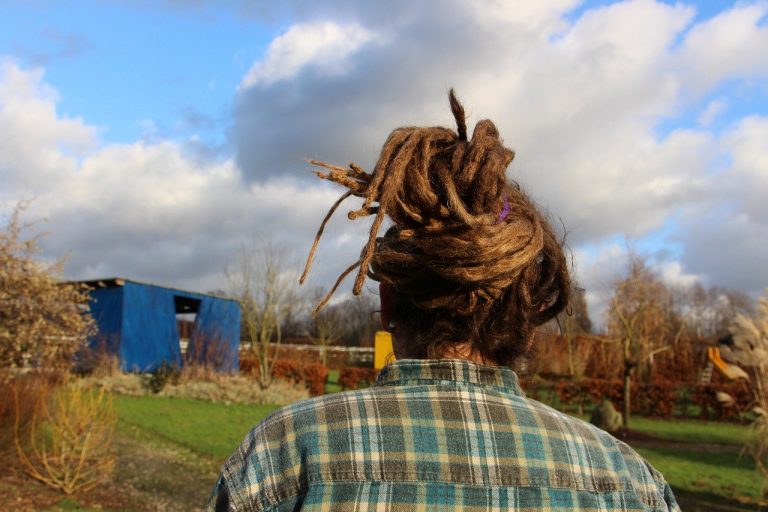 In Numbers 6, God tells Moses of the Nazirite: The Lord said to Moses, “Speak to the Israelites and say to them: ‘If a man or woman wants to make a special vow, a vow of dedication to the Lord as a Nazirite, they must abstain from wine and other fermented drink and must not drink vinegar made from wine or other fermented drink. They must not drink grape juice or eat grapes or raisins. As long as they remain under their Nazirite vow, they must not eat anything that comes from the grapevine, not even the seeds or skins. During the entire period of their Nazirite vow, no razor may be used on their head. They must be holy until the period of their dedication to the Lord is over; they must let their hair grow long.”

In Judges 13, an angel directed a woman to designate her unborn son a Nazirite: A certain man of Zorah, named Manoah, from the clan of the Danites, had a wife who was childless, unable to give birth. The angel of the Lord appeared to her and said, “You are barren and childless, but you are going to become pregnant and give birth to a son. Now see to it that you drink no wine or other fermented drink and that you do not eat anything unclean. You will become pregnant and have a son whose head is never to be touched by a razor because the boy is to be a Nazirite, dedicated to God from the womb.”

That son would be Samson. And his uncut hair would become his pillar of strength.

The five major Philistine cities were Gaza, Ashkelon, Ashdod, Ekron and Gath. Archaeologists have determined that today’s Tell es-Safi is the most likely site of the ancient city of Gath. At Gath, archaeologists found a Philistine temple, identifiable as such by ritual items, dating to the 10th century BCE. This temple was supported by two central pillars, similar to the design described in Judges 16.

An image of the base of the two pillars can be seen in the following link: