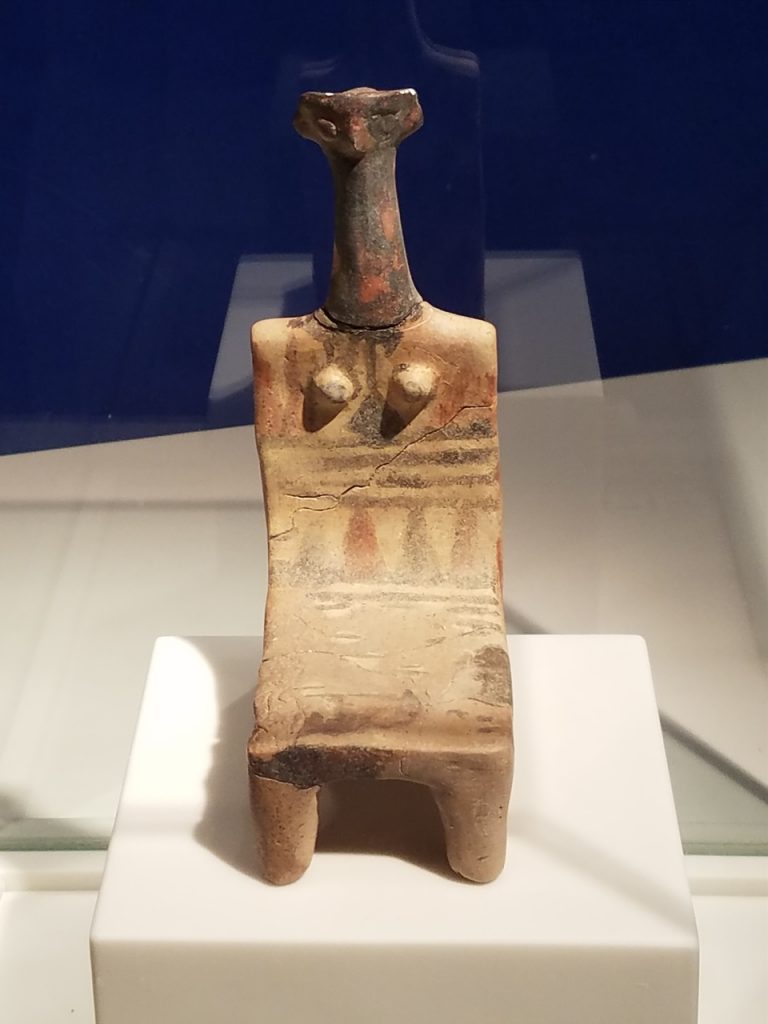 In Deuteronomy 7, Israel is commanded on how to the treat the nations they will conquer in Canaan. “When the Lord your God brings you into the land you are entering to possess and drives out before you many nations, the Hittites, Girgashites, Amorites, Canaanites, Perizzites, Hivites and Jebusites, seven nations larger and stronger than you, and when the Lord your God has delivered them over to you and you have defeated them, then you must destroy them totally. Make no treaty with them, and show them no mercy. Do not intermarry with them. Do not give your daughters to their sons or take their daughters for your sons, for they will turn your children away from following me to serve other gods, and the Lord’s anger will burn against you and will quickly destroy you. This is what you are to do to them: Break down their altars, smash their sacred stones, cut down their Asherah poles and burn their idols in the fire. For you are a people holy to the Lord your God. The Lord your God has chosen you out of all the peoples on the face of the earth to be his people, his treasured possession.”

While the Philistines are not listed in Deuteronomy, they were a nation that Israel contended with in Canaan, and they too had their own gods. Judges 16 is specific about one Philistine god: Now the rulers of the Philistines assembled to offer a great sacrifice to Dagon their god and to celebrate, saying, “Our god has delivered Samson, our enemy, into our hands.”

There are different theories as to the nature of the Philistine god Dagon. Some have suggested that Dagon is related to the Hebrew word for fish, and is connected to a ‘fish-god’ figure. Others claim it is connected to Dagan, the word for grain, a West Semitic god of crops. A temple to Dagan was unearthed at Ras Shamra in Syria.

Other figures have been unearthed in Iron I Philistine territory that point to their Aegean roots. “Psi-type” figures are standing figures with their arms out to the side. They are called “Psi-type” for their resemblance to the Greek letter “Ψ,” or Psi. Their purpose is unclear, and they are thought to either be toys or represent a goddess.

Another figure discovered in Philistine context is the “Ashdoda.” It was given this name for where it was first discovered in Ashdod. The image above is of “Ashdoda,” on display at The Corinne Mamane Museum of Philistine Culture in Ashdod.

Ashdoda is a seated goddess. It has a number of elements to point to an Aegean or Cypriot connection, including the long neck, its head shape and lack of a mouth. The painted design is similar to the designs found on Philistine bichrome ware. It has small breasts, unlike the more full figured Judean Pillar Figurines later found in the central hill country in Judean territory.

While Israel was commanded to destroy idols, here are some examples of Simon Cowell destroying American Idols: