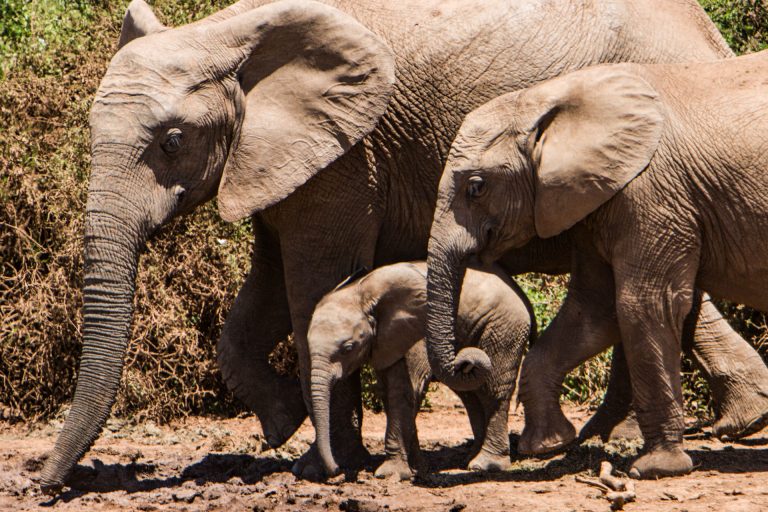 Numbers 28 lists the laws of the Passover. “On the fourteenth day of the first month the Lord’s Passover is to be held. On the fifteenth day of this month there is to be a festival; for seven days eat bread made without yeast. On the first day hold a sacred assembly and do no regular work. Present to the Lord a food offering consisting of a burnt offering of two young bulls, one ram and seven male lambs a year old, all without defect. With each bull offer a grain offering of three-tenths of an ephah of the finest flour mixed with oil; with the ram, two-tenths; and with each of the seven lambs, one-tenth. Include one male goat as a sin offering to make atonement for you. Offer these in addition to the regular morning burnt offering. In this way present the food offering every day for seven days as an aroma pleasing to the Lord; it is to be offered in addition to the regular burnt offering and its drink offering. On the seventh day hold a sacred assembly and do no regular work.”

Elephantine is a small island in the Nile in southern, or Upper Egypt, off of Aswan. The island may have been given its name due to its long narrow shape resembling an elephant tusk.

A cataract in a river is a site where the water is interrupted by heights that can produce waterfalls or by stones that disrupt the smooth flow of water. Elephantine is just downstream from the First Cataract of the Nile River. Cataracts could not be navigated by boat, so any traders or invaders from the south would be forced to disembark and interrupt their travel before they could continue their journey down the river. This made Elephantine a strategically important site.

In the 5th century BCE, Egypt was under Persian control. Elephantine was a fort that protected this gateway to Egypt. Amongst those in service to the Persians were Jewish mercenaries protecting the Egyptian frontier.

At Elephantine, archaeologists unearthed collections of documents and letters written in Aramaic on papyrus, known as the Elephantine Papyri. A significant number belonged to its Jewish community. These letters deal with issues of divorce, slaves, business and matters of religion.

One notable papyrus in this collection is the ‘Elephantine Passover Letter,’ which dates to 419 BCE. Only a fragment of this letter remains. Nowhere does it mention the word Passover, but it seems clear that that is its intent. The letter was sent to the Jewish community in Elephantine about how to celebrate the Passover. A reconstruction of the letter, with a suggested reading shown in brackets for missing or illegible writing is as follows:

“[To my brothers, Je]daniah and his colleagues the [J]ew[ish] ga[rrison,] your brother Hanan[iah]. May God (the gods?) [seek after] the welfare of my brothers [at all times.]

And now, this year, year 5 of King Darius, it has been sent from the king to Arsa[mes] […]

Now, do you count [fourteen days in Nisan and on the 14th at twilight observe the Passover] and from the 15th day until the 21st day of [Nisan the festival of Unleavened Bread observe. Seven days eat unleavened bread. Now,] be pure and take heed.

[To] my brothers Jedaniah and his colleagues the Jewish garrison, your brother Hananiah s[on of …].”

This ‘Elephantine Passover Letter’ papyrus is kept at the Egyptian Museum of Berlin. It can be seen via the link below: