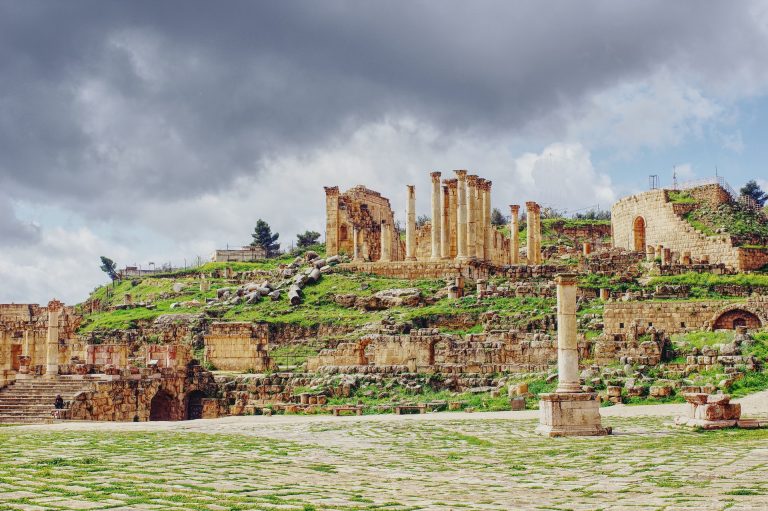 In Genesis 31-32, Jacob left his father-in-law Laban the Aramean’s home in Padan Aram, in the region of Syria. He crossed the Euphrates and then headed south into the region of Transjordan. He moved further south to Mahanaim, crossed the Yabbok River and there wrestled with a man. At the completion of their battle, Jacob named the place Peniel, “for I have seen God face to face, and my life is preserved.”

In 2 Samuel 2, after King Saul was killed in battle, David settled in Hebron with his wives. There he was anointed king over the tribe of Judah. As this was taking place, at Mahanaim, Abner son of Ner, the commander of Saul’s army, had Saul’s son Ish-Bosheth made king over the Gilead region in the Transjordan, over Jezreel and over the tribal areas of Ephraim and Benjamin to the north of Judah.

The two sides ultimately went to war. In 2 Samuel 3 Abner was killed, and in 2 Samuel 4 Ish-Boshet was killed. This allowed David to consolidate his reign over all the tribes of Israel from his capital at Hebron.

The exact location of Mahanaim is unknown. In the Bible, it is located in the Gilead region on the eastern side of the Jordan River, in the Transjordan. It is presumably near the Yabbok River, between the Sea of Galilee and the Dead Sea. In the pharaoh Shoshenq I’s topographical list in the Karnak temple in Luxor, Egypt, it appears to show that Shoshenq I crossed the Jordan and attacked Mahanaim during the Iron IIA period.

A number of suggestions have been offered to the site location based on the name. Mahanaim is translated as ‘two encampments.” Archaeologists have offered sites based on double features, such as sites with two adjacent hills. However, to date, the location of Mahanaim cannot be determined with confidence.

The photo above is of the ruins of Jarash, in the similar region as Mahanaim on the Jordanian Plateau.

In The Door’s song ‘The End,” Jim Morrison sang “The west is the best.” Ish-Boshet’s death east of the Jordan marked the end of Saul’s dynasty and the beginning of the Davidic rule in the west. In this instance, west bested east.