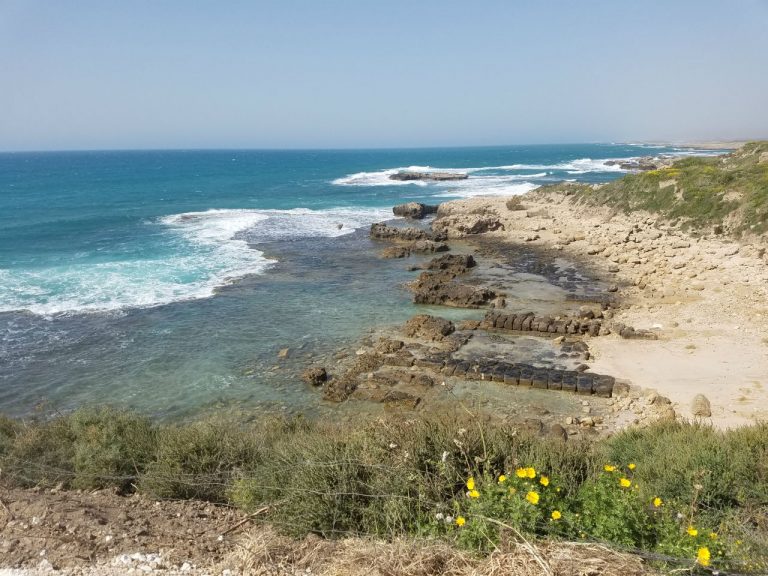 In Exodus 28, Israel is given the commandment to put together the outfit for the high priest who would perform the ritual service in the tabernacle. The priest’s garments were highly elaborate. The ephod robe was made of gold, onyx stone and blue, purple and scarlet yarn. The breastplate contained twelve precious stones, variously translated as carnelian, chrysolite, beryl, turquoise, lapis lazuli, emerald, jacinth, agate, amethyst, topaz, onyx and jasper.

Because of geology and natural effects, no single area had all the materials needed for the priestly garments occurring naturally. Egypt had its own gold, but purple dye would have had to come from Lebanon and lapis lazuli from as far away at Afghanistan. To get from Egypt to the trading centers of the Levant and to trade across the Mediterranean and Mesopotamia, trade routes were established that crisscrossed the land of Canaan.

Trade routes tended to be sticky. Once established, towns were built along the route, so the roads remained in use across history. The major North-South roads in the southern Levant were the King’s Highway, the Ridge Route and the Via Maris, listed here from east to west. The King’s Highway ran along the Transjordan, crossing the areas of Edom, Moab and Ammon, where the Israelites are said to have wandered before entering Canaan. The Ridge Route ran along the mountains in the center of Canaan, the area that was the home of the ancient Israelites. The Via Maris, the Way of the Sea, ran along the Mediterranean coast.

Papyrus Anastasi I is an Egyptian papyrus that dates to the latter part of the 2nd millennium, from the 19th or 20th Dynasty period of the New Kingdom. The papyrus is also referred to as ‘The Satirical Text.”

The papyrus reads like a series of traded insults. Hori complains about the lack of respect accorded to him by Amenemope: You started with insults to me…saying “Feeble of arm, strengthless one.” You undervalue me as scribe, saying “He knows nothing.”

“You are more foolish than a reckoner of cattle”

Hori attacks Amenemope’s skills, saying that he doesn’t know basic math, and miscalculated labor requirements and provisions for war. He then mocks Amenemope’s lack of knowledge of geography, challenging his familiarity with the geography of the Levant.

Between the insults, it is possible to see that the Egyptians were aware of the key locations along the Via Maris where trade was conducted.

The locations listed in Papyrus Anastasi I mainly run from north to south. Beginning in Hittite country, the area of modern day Turkey, Hori mentions cities in today’s Lebanon: Byblos, Sidon and Tyre. Acco is to the south, where there were roads to get to Hazor, Megiddo and Kadesh. The route continues south to Jaffa, to Gaza and Rafiah, to the Way of Horus, the route that crossed the Sinai to Egypt. It is along this route, the Via Maris, that goods such as lapis lazuli would have crossed on the way to Egypt and the Sinai, where Israel is instructed to create the priestly garments.

The Papyrus Anastasi I is housed at the British Museum in London. The image above is of Tel Dor, a port south of Acco and Haifa along the Via Maris.

For some exit music and in honor of the long roads traveled to suit up the high priest, enjoy this Willie Nelson classic: