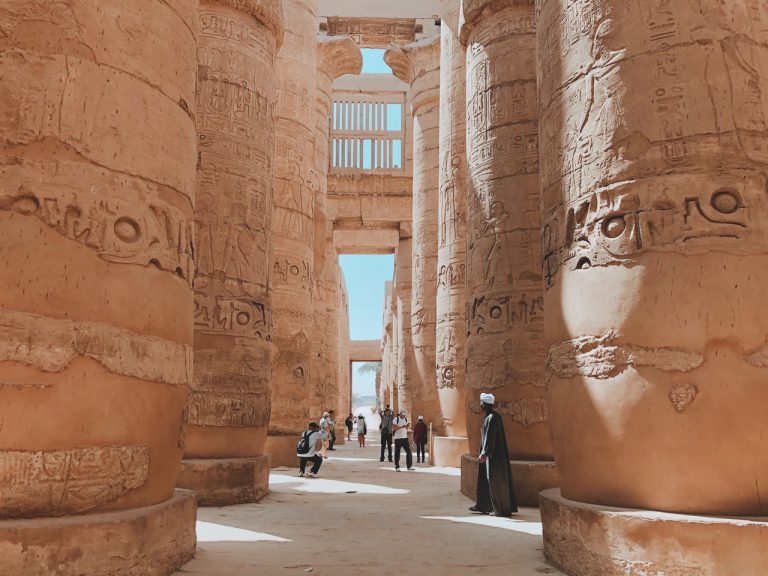 In Exodus 19, the Israelites continued their journey into the Sinai desert. “On the first day of the third month after the Israelites left Egypt—on that very day—they came to the Desert of Sinai. After they set out from Rephidim, they entered the Desert of Sinai, and Israel camped there in the desert in front of the mountain.” They continued on their path east into the Sinai, instead of heading northeast through “Philistine country.”

In the Late Bronze Age, there were other peoples who were on the move in the ancient Near East.

Ramesses II was one of Egypt’s longest serving rulers. He outlived many of his sons, so at the time of his death he was replaced by one of his later born sons, Merneptah. Merneptah became the fourth king of the 19th Dynasty during the New Kingdom period in Egypt. Merneptah is perhaps best known for the Merneptah Stele, which contains the first known mention of Israel outside of the Bible. But he fought other significant battles as well.

In the New Kingdom period, the Karnak Temple was the most important temple complex in Egypt. The temple was located in Thebes, Egypt’s southern capital, on the eastern banks of the Nile River, in the region of today’s Luxor. The central feature was the Temple of Amun-Re, Egypt’s most important god at the time, whose origins were in southern, or Upper Egypt, the original home of Egypt’s New Kingdom kings.

The main section of the Karnak Temple runs along an east-west axis. Just south of the Great Hypostyle Hall and Central Court along the north-south axis lies the First Court. On the inside of the eastern wall of the First Court is the Great Karnak Inscription. This inscription records Merneptah’s victories against the Libyans and their allies during the fifth year of his reign.

The inscription describes the Libyans’ allies as the Akawasha, Terusha, Lukka, Sherden, Shekelesh. These were the “northerners, coming from all lands.” As Egypt’s northern border is the Mediterranean coastline, the northerners in this context are thought to be the invaders from the northern side of the Mediterranean, across the sea. There is no certainty about where exactly these invaders came from, but the names Akawasha, Terusha, Lukka, Sherden, Shekelesh have a linguistic affinity to Achaea, Tyrsenia, Lydia, Sardinia and Sicily.

These groups are described as bringing their wives and children. This points to a migration, of people fleeing a bad situation elsewhere, possibly a drought or turmoil during the Late Bronze Age, and attempting to resettle in a new land. The attack was not just an invasion of soldiers.

The threat of a migrating group of invaders arriving from the sea, or a group of migrants who had already settled the southeastern corner of Canaan, would make traveling into the interior of the Sinai safer than traveling northeast along the Mediterranean coast to Canaan. And this is the route the Israelites are said to travel because of the threat of war.

The image above is of the massive pillars at Karnak Temple in Luxor, Egypt.