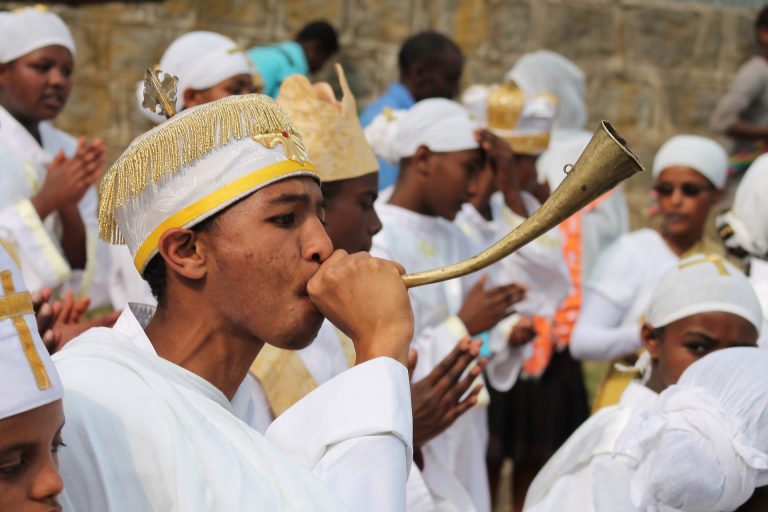 In Genesis 11, the inhabitants of the earth posed a challenge to God, and God responded by removing an element that unified people: language.

“Now the whole world had one language and a common speech. As people moved eastward, they found a plain in Shinar and settled there. They said to each other, Come, let’s make bricks and bake them thoroughly. They used brick instead of stone, and tar for mortar. Then they said, Come, let us build ourselves a city, with a tower that reaches to the heavens, so that we may make a name for ourselves; otherwise we will be scattered over the face of the whole earth. But the Lord came down to see the city and the tower the people were building. The Lord said, If as one people speaking the same language they have begun to do this, then nothing they plan to do will be impossible for them. Come, let us go down and confuse their language so they will not understand each other. So the Lord scattered them from there over all the earth, and they stopped building the city. That is why it was called Babel, because there the Lord confused the language of the whole world. From there the Lord scattered them over the face of the whole earth.”

Many of the major languages spoken today belong to larger language families that descended from original root languages. Languages as diverse as English, the Germanic languages, Latin languages, Persian and Hindi derive from an original Indo-European language of the Asian steppe, a region of grasslands stretching across western Asia. Chinese in its various dialects is part of the Sino-Tibetan language family.

Genesis 10 lists Noah’s progeny. “This is the account of Shem, Ham and Japheth, Noah’s sons, who themselves had sons after the flood…The sons of Ham: Cush, Egypt, Put and Canaan…The sons of Shem: Elam, Ashur, Arphaxad, Lud and Aram.”

The languages of North Africa through the Middle East were originally classified based on this biblical origin stories. They were classified as Hamito-Semitic, with a nod towards Noah’s sons Ham and Shem. These languages today are classified as the Afroasiatic languages, and include Berber, Chadic, Cushitic, Egyptian and Semitic, that together encompass approximately 300 languages.

The image above is of Ethiopians, speakers of Amharic, the most widely spoken language of Ethiopia and second-most commonly spoken Semitic language in the world after Arabic.

For an example of the similarities between these seemingly unrelated languages, the following: