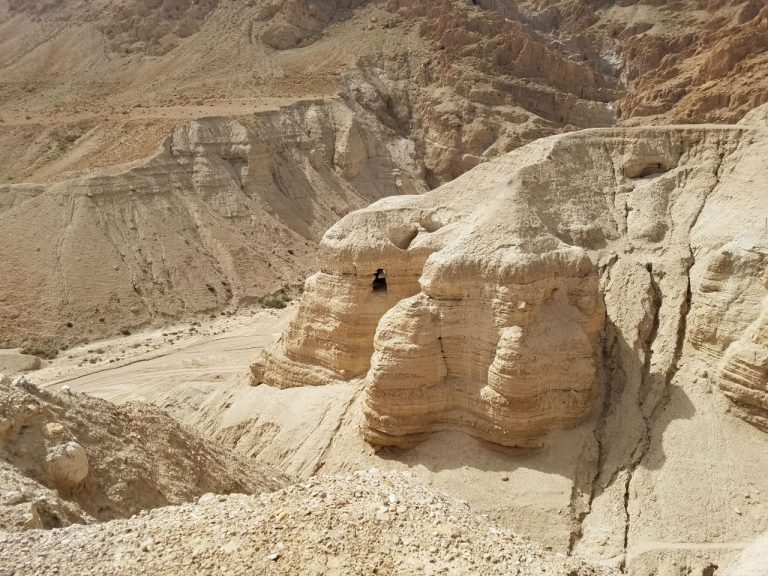 Tazriah-Metzorah focus on ritual purity, the categories of impurities and the methods of becoming pure. The community presumed responsible for the Dead Sea Scrolls appear to have taken ritual purity to an entirely new level.

The Dead Sea Scrolls were initially discovered in 1947 in caves at Qumran, near the northwestern shores of the Dead Sea. Over time other scrolls were found along the western coast of the Dead Sea. The scrolls contain both biblical and non-biblical texts. The non-biblical portion includes scrolls that contain laws and beliefs particular to a sectarian group. They reveal a community that was highly focused on ritual purity, as seen in manuscripts such as the Community Rule, Miqsat Ma’ase HaTorah (MMT) and the Temple Scroll.

The Community Rule scroll shows that ritual purity was a prerequisite for joining this sectarian community. “And when his flesh is sprinkled with purifying water and sanctified by cleansing water, it shall be made clean by the humble submission of his soul to all the precepts of God…and he shall be accepted by virtue of pleasing atonement before God and it shall be to him a Covenant of the everlasting Community.”

The purity laws in the Miqsat Ma’ase HaTorah are stricter than those in the Torah. Some of the highlighted laws in the MMT are that gentile grain should not be brought into the Temple, dogs cannot enter Jerusalem and marriages between priests and Israelites are forbidden.

The Temple Scroll raises the bar over the Torah’s commandments about the Tabernacle. “Anyone who lies with his wife, for three days shall not enter anywhere in the city of the temple in which I shall install my name.”

There is a debate about who actually wrote the Dead Sea Scrolls. The consensus view is that the community responsible for them were the Essenes, a group mentioned by ancient historians Philo, Pliny the Elder and Josephus. This sectarian group appears to have taken the Bible’s purity laws to an illogical conclusion.

Philo writes of them, “They do not enlist by race, but by volunteers who have a zeal for righteousness and an ardent love of men. For this reason there are no young children among the Essenes. Not even adolescents or young men. Instead they are men of old or ripe years who have learned how to control their bodily passions…Seeing it as an obstacle to communal life, they have banned marriage.”

Pliny the Elder places this group just west of the Dead Sea, and says “They are a people unique of its kind and admirable beyond all others in the whole world; without women and renouncing love entirely, without money and having for company only palm trees.”

Josephus paints an even stricter picture. “But for those that are caught in any heinous sins, they cast them out of their society; and he who is thus separated from them does often die after a miserable manner; for as he is bound by the oath he hath taken, and by the customs he hath been engaged in, he is not at liberty to partake of that food that he meets with elsewhere, but is forced to eat grass, and to famish his body with hunger, till he perish;…Moreover, they are stricter than any other of the Jews in resting from their labors on the seventh day; for they not only get their food ready the day before, that they may not be obliged to kindle a fire on that day, but they will not remove any vessel out of its place, nor go to stool thereon.” And the stool here is not referring to a type of chair.

Some of the biblical instructions regarding purity seems harsh, but by comparison, they are mild compared to the version attributed to the Essenes.