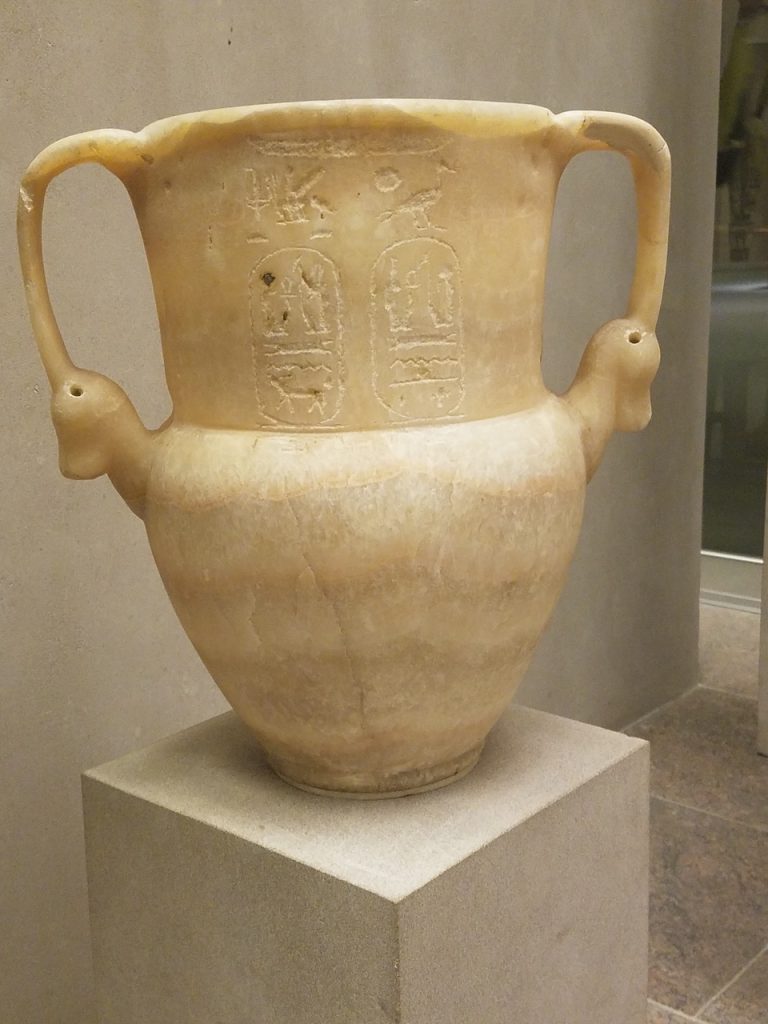 Near the end of Moses’ tenure as leader of the Israelites, in Deuteronomy 29, Moses reminds the Israelites of their experiences over the previous forty years: These are the terms of the covenant the Lord commanded Moses to make with the Israelites in Moab, in addition to the covenant he had made with them at Horeb. Moses summoned all the Israelites and said to them: Your eyes have seen all that the Lord did in Egypt to Pharaoh, to all his officials and to all his land. With your own eyes you saw those great trials, those signs and great wonders. But to this day the Lord has not given you a mind that understands or eyes that see or ears that hear. Yet the Lord says, “During the forty years that I led you through the wilderness, your clothes did not wear out, nor did the sandals on your feet. You ate no bread and drank no wine or other fermented drink. I did this so that you might know that I am the Lord your God.” When you reached this place, Sihon king of Heshbon and Og king of Bashan came out to fight against us, but we defeated them. We took their land and gave it as an inheritance to the Reubenites, the Gadites and the half-tribe of Manasseh.

With the end of the Jewish calendar year approaching, now would seem to be a logical time to recall the archaeological findings of the Iron Age I Levant that relate to the stories in the Hebrew Bible.

In the Late Bronze Age, in the 13th century BCE, the Egyptians and the Hittites of Anatolia clashed over control of the Levant, the region approximating today’s Lebanon, Syria, Israel and Jordan. Even after a near defeat at the Battle of Kadesh, the largest chariot battle in world history, the Egyptians succeeded in maintaining control over Canaan.

During this period, a new culturally distinct group began to itself in the central hill country region of Canaan, between the coastal plain and the Jordan River Valley. These new settlers lived in homes built in a unique home design. Their pottery was simple, of poor quality, unadorned and notably bereft of imagery. Concomitant with their appearance, there began a near total cessation of pig consumption in the central hill country, based on the lack of pig bones found in settlement refuse dumps. This group appears to have had an egalitarian culture, with no king, no royal monuments or royal architecture. There is a lack of imagery or carved images that might ordinarily be connected to cultic activity.

The Amarna Letters in Egypt from the middle of the 14th century record a group known as the Habiru, a name with linguistic similarity to the Hebrews, attacking a city named Urusalim. But who these raiders were and if they had any connection to the Israelites is unclear. However, in the late 13th century, the Merneptah Stele in Egypt identified a new population group in Canaan as Israel. The appearance of this name, at this time, in this region, has helped connect this new population group in the central hill country with early Israel.

The image above is of a jar adorned with a cartouche, containing the pharaoh Merneptah’s name.

In recognition of the Israelites as a new group in the region, settling in rough terrain: