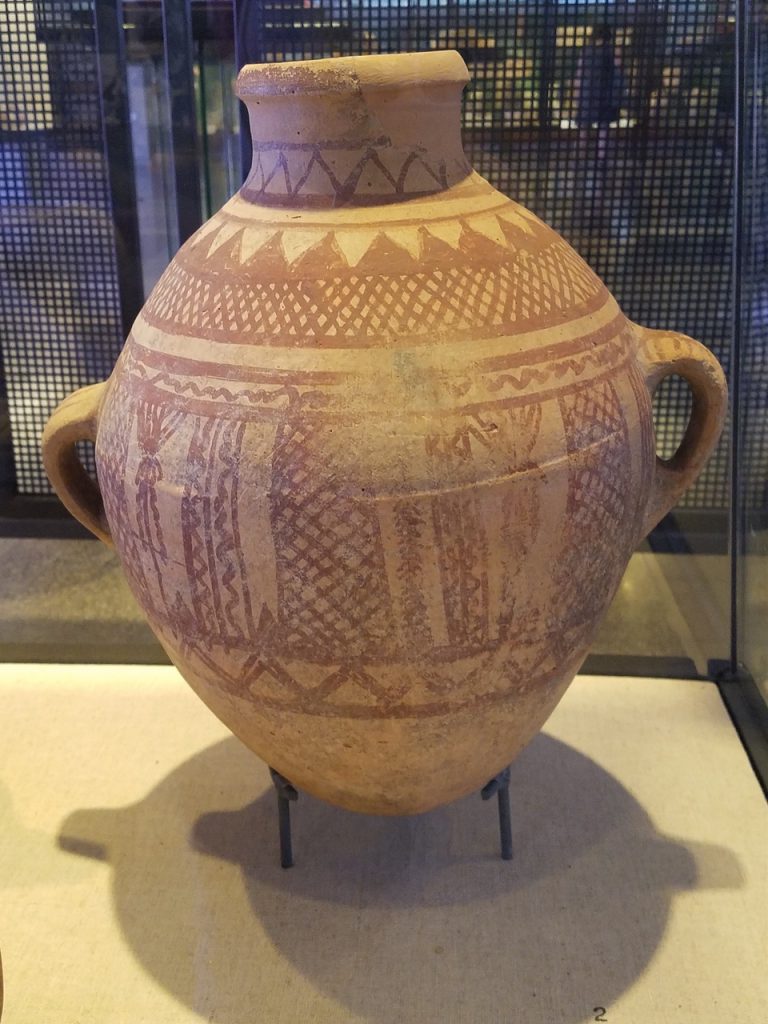 In Numbers 16, Korah, Dathan and Abiram contested Moses’ role as leader, and Moses responded to the challenge with a test of pots.

Korah son of Izhar, the son of Kohath, the son of Levi, and certain Reubenites, Dathan and Abiram, sons of Eliab, and On son of Peleth, became insolent and rose up against Moses. With them were 250 Israelite men, well-known community leaders who had been appointed members of the council. They came as a group to oppose Moses and Aaron and said to them, “You have gone too far! The whole community is holy, every one of them, and the Lord is with them. Why then do you set yourselves above the Lord’s assembly?” When Moses heard this, he fell facedown. Then he said to Korah and all his followers: “In the morning the Lord will show who belongs to him and who is holy, and he will have that person come near him. The man he chooses he will cause to come near him. You, Korah, and all your followers are to do this: Take censers and tomorrow put burning coals and incense in them before the Lord. The man the Lord chooses will be the one who is holy. You Levites have gone too far!”

A censer is a container in which incense in burned in religious ceremonies. In archaeology, censers and other pottery are an important part of determining ethnicity.

At the end of the Late Bronze Age and into early Iron Age I, two new population groups appeared in the southern Levant, the region of Canaan. The Peleset, the Sea Peoples who gave us the name Philistines, settled in the southwestern corner, in Gaza, Ashkelon, Ashdod and in cities running north and east of there. The Israelites settled in the Central Hill Country, along the spine of the mountainous chain running from north to south, in the area of Judea and Samaria, today’s West Bank. In the Bible, the border zone between the two became the site of conflicts.

In the archaeological layer linked to the first half of the 12th century at Philistine sites along the southwestern coastal plain, archaeologists unearthed locally produced “monochrome pottery” or Mycenaean IIIC:1b pottery. The pottery is a major cultural marker for the first wave of Philistine settlement.

The monochrome pottery is typically white, light brown or pink in color, with either a brown, red or black design on it – a design in one color as indicated in the name monochrome. Most of the monochrome pottery that has been found from the early 12th century is in various forms of bowls and jugs. These bowls differ in design and make from the Canaanite pottery found outside of the Philistine areas.

The exact origin of the Philistines is disputed. They appear to have migrated during the Late Bronze Age Collapse in either the late 13th century or early part of the 12th century. Monochrome pottery bears similarities to pottery found in the eastern Mediterranean, including pottery found in Cyprus, Crete and western Anatolia. Its similarities to other Aegean pottery is the source for its identification as Mycenaean IIIC:1b. As the Philistines would likely be producing pottery similar in design to where they originated, this does not help pin down their exact origins, but does indicate that the Philistines were not indigenous to Canaan. So with their move of these new residents, to a new home, they brought their new pottery design with them.

The image above is of Philistine monochrome pottery, light brown with a design in a monochrome, a single color.