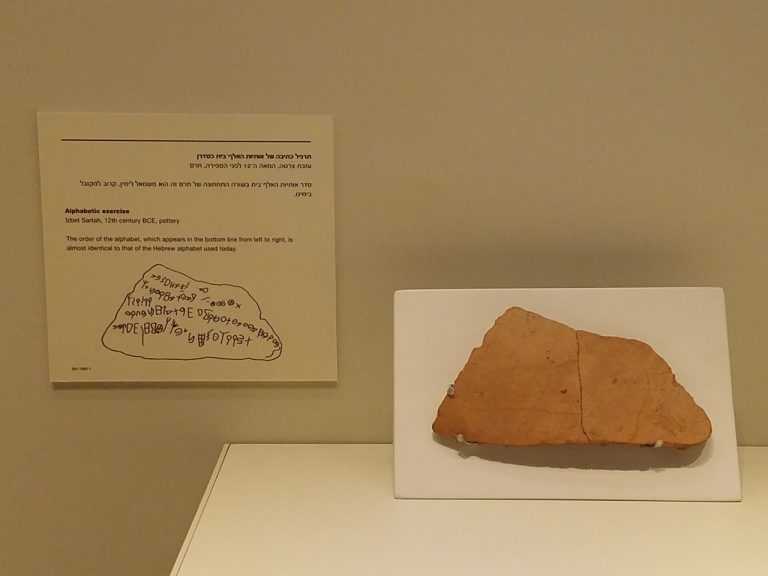 In Genesis 37, Jacob’s sons sell their brother Joseph into slavery. “As they sat down to eat their meal, they looked up and saw a caravan of Ishmaelites coming from Gilead. Their camels were loaded with spices, balm and myrrh, and they were on their way to take them down to Egypt. Judah said to his brothers, What will we gain if we kill our brother and cover up his blood? Come, let’s sell him to the Ishmaelites and not lay our hands on him; after all, he is our brother, our own flesh and blood. His brothers agreed. So when the Midianite merchants came by, his brothers pulled Joseph up out of the cistern and sold him for twenty shekels of silver to the Ishmaelites, who took him to Egypt.”

In this exchange between the brothers and the merchants, there is no hint of a written contract, only an oral agreement. The Joseph story is set during a time of limited literacy, when writing was generally restricted to a scribal class trained to write in the more complex writing forms of the time.

In the Iron Age I, between 1200-1000 BCE, it is possible to see the beginnings of an increase in literacy, and the emergence of the simpler alphabetic form of writing with the Phoenician / Paleo Hebrew alphabet.

‘Izebet Sartah is an archaeological site in the Shephelah sitting between the hill country of Samaria and the Sharon Plain, roughly between Shilo and Tel Aviv. The site appears to have been an Israelite settlement in the Iron Age I.

At the site, archaeologists unearthed the ‘Izbet Sartah Ostracon. This ostracon, an inscription on a clay sherd, contained a few lines of text and at the bottom, an abecedary, the 22 letters of the Paleo Hebrew alphabet.

Further, the same order is used in three chapters of the biblical Book of Lamentations. An acrostic is a composition where the first letter of each line deliberately spells out a message or an alphabet. Chapters 2, 3 and 4 of Lamentations are written in acrostic form, and each reverses the order of ayin then peh to peh then ayin. This suggests that this was the original order of the letters, and the ‘Izebet Sartah abecedary was written in its correct form.

The image above is of a replica of the ‘Izebet Sartah Ostracon, from the Israel Museum in Jerusalem.