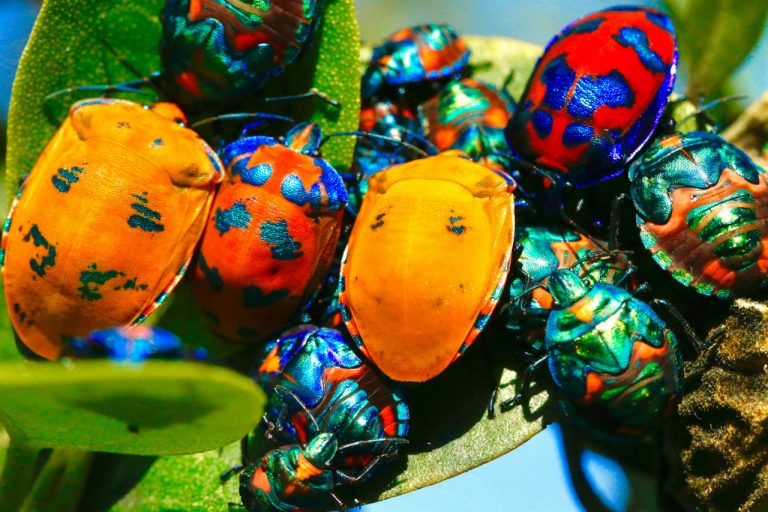 In the 2nd millennium BCE, the Hittite Empire of Anatolia, the area of modern day Turkey, and Egypt fought for control over the real estate between the two regions. Coincidentally, the feud between the rival brothers Esau and Jacob can be connected to the Hittite and Egyptian rivalry.

In the Bible, Jacob began his life in Canaan. In Genesis 27, Jacob’s mother Rebekah warned him that he needed to escape the wrath of his brother Esau and that he should go her brother Laban in Harran. In Genesis 28, Isaac told Jacob to leave Canaan to find a wife from Laban’s daughters. Harran is today identified with a site in Anatolia. In the Bible, Jacob headed north, but eventually made his way back down to Canaan and then to Egypt where his family settled.

It is from Egypt that a king with the name Jacob is attested.

Scarabs are a type of beetle with a distinct body type and often with very bright colors. The ancient Egyptians carved amulets and created seals in the shape of scarab beetles.

When the early 2nd millennium BCE Middle Kingdom of Egypt could no longer hold power over the entire landmass of Egypt, centralized authority broke down. Different dynasties ruled different parts of Egypt. During this Second Intermediate Period of Egypt, the 14th and later 15th dynasties were ruled by West Asian Semitic kings from the Levant, the area between Anatolia and Egypt.

Tel el Yahudiya is a mound in the Delta region of northern, or Lower Egypt. The site gets its name from a Jewish temple that was in operation in the 2nd century BCE. According to the Jewish historian Josephus, the temple was built during the Greek persecutions of the Jews and the defilement of the temple in Jerusalem by Antiochus IV Epiphanes.

At Tel el Yahudiya, numerous scarab seals were found that date to the Second Intermediate Period of Egypt.  The scarabs contain the names of the Asiatic rulers of the 14th Dynasty and the 15th Dynasty of the Hyksos. One name that appears on scarabs can be alternately read as Yaqub-Har, Yaqub-El or Yaqub-Baal. This Yaqub was likely a king during one of the Asiatic dynasties. An accurate reading is complicated because the Egyptian hieroglyphic alphabet at the time did not contain the equivalent of the sound ‘L’, but if it is indeed an ‘L’, the name Yaqub would be attached to a Canaanite god.

Demonstrating the Egyptian reach into Canaan, a Yaqub-Har scarab dating to the 18th or 17th century BCE was discovered at Shiqmona, near Haifa.

Thus while in the Bible, Esau is connected to the Hittites, in archaeology, the name Jacob can be connected with Egypt.

A Yaqub-Har scarab can be viewed at the National Maritime Museum in Haifa, Israel. A (blurry) image can be seen on Instagram (https://www.instagram.com/p/Bp6Vx9hA-Q-/)  or via this link (https://commons.wikimedia.org/wiki/File:Shikmona_-_Scarab_-_3.jpg)