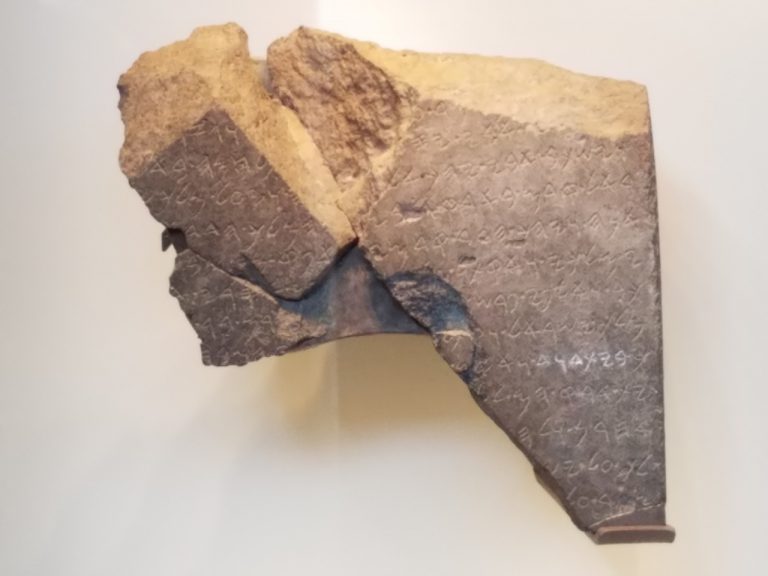 In Genesis 41, the pharaoh made Joseph part of Egyptian royalty. “So Pharaoh said to Joseph, “I hereby put you in charge of the whole land of Egypt.” Then Pharaoh took his signet ring from his finger and put it on Joseph’s finger. He dressed him in robes of fine linen and put a gold chain around his neck. He had him ride in a chariot as his second-in-command, and people shouted before him, “Make way!” Thus he put him in charge of the whole land of Egypt.”

In the Bible, King David underwent a multi-stage process on the way to becoming the king over Israel. In 1 Samuel 16, after Saul had disobeyed God’s command, God pointed out David to the prophet Samuel. “So Samuel took the horn of oil and anointed him in the presence of his brothers, and from that day on the Spirit of the Lord came powerfully upon David.”

In 2 Samuel 2, after King Saul was killed in battle, “Then the men of Judah came to Hebron, and there they anointed David king over the tribe of Judah.” After he defeated Saul’s son, in 2 Samuel 5 “When all the elders of Israel had come to King David at Hebron, the king made a covenant with them at Hebron before the Lord, and they anointed David king over Israel.” King David secured his leadership over all of Israel.

In the 1970s, certain academics began to take a more skeptical approach to events described in the Bible. They argued that many of the stories and characters were fictional. They questioned the existence of King David, of a united monarchy of 12 tribes, and of the establishment of a Davidic kingdom centered in Jerusalem. Scholars pointed to the lack of corroborating evidence for King David as evidence that this central story was a later invention.

In Joshua 19, the tribe of Dan was allotted territory along the central coastline of the southern Levant. “The territory of their inheritance included Zorah, Eshtaol, Ir Shemesh, Shaalabbin, Aijalon, Ithlah, Elon, Timnah, Ekron, Eltekeh, Gibbethon, Baalath, Jehud, Bene Berak, Gath Rimmon, Me Jarkon and Rakkon, with the area facing Jaffa.” However, the tribes were unable to conquer and hold this territory and the tribe of Dan was forced to find land elsewhere.

In Judges 18, the tribe members of Dan went north, to the northern edge of modern day Israel, to look for suitable territory. “So the five men left and came to Laish, where they saw that the people were living in safety, like the Sidonians, at peace and secure. And since their land lacked nothing, they were prosperous. Also, they lived a long way from the Sidonians and had no relationship with anyone else.”

The Danites decided this was perfect land for themselves. “They attacked them with the sword and burned down their city. There was no one to rescue them because they lived a long way from Sidon and had no relationship with anyone else… The Danites rebuilt the city and settled there. They named it Dan after their ancestor Dan, who was born to Israel, though the city used to be called Laish.”

One skeptic about King David was Philip Davies. In his 1992 book In Search of “Ancient Israel”: A Study in Biblical Origins, he wrote “there are no literary criteria for believing David to be more historical than Joshua, Joshua more historical than Abraham, and Abraham more historical than Adam. An additional problem, in fact, is that there is no non-literary way of making this judgment either, since none of these characters has left a trace outside the biblical text!  Even within the text, the David of 1 Samuel is not the David of 2 Samuel, literarily speaking. These are two characters, created by (probably) different authors.”

In 1993, an excavation of Tel Dan led by Avraham Biran unearthed a stele at Tel Dan in northern Israel. In it, what appears to be an Aramean king boasts of killing the king of Israel and a king of the ‘House of David.’ There are some who question the reading of the monument, but the consensus is that this is a 9th century recognition of a ruler descending from the royal lineage of a King David. How powerful this Davidic kingdom was is a different debate, but the clear attestation of a “House of David” after its mention of a king of Israel has produced a consensus amongst scholars that King David is indeed a historical figure.

The image above is of the Tel Dan Stele, discovered in 1993 and now on display at the Israel Museum in Jerusalem.

With confirmation of King David, a little Milli Vanilli: