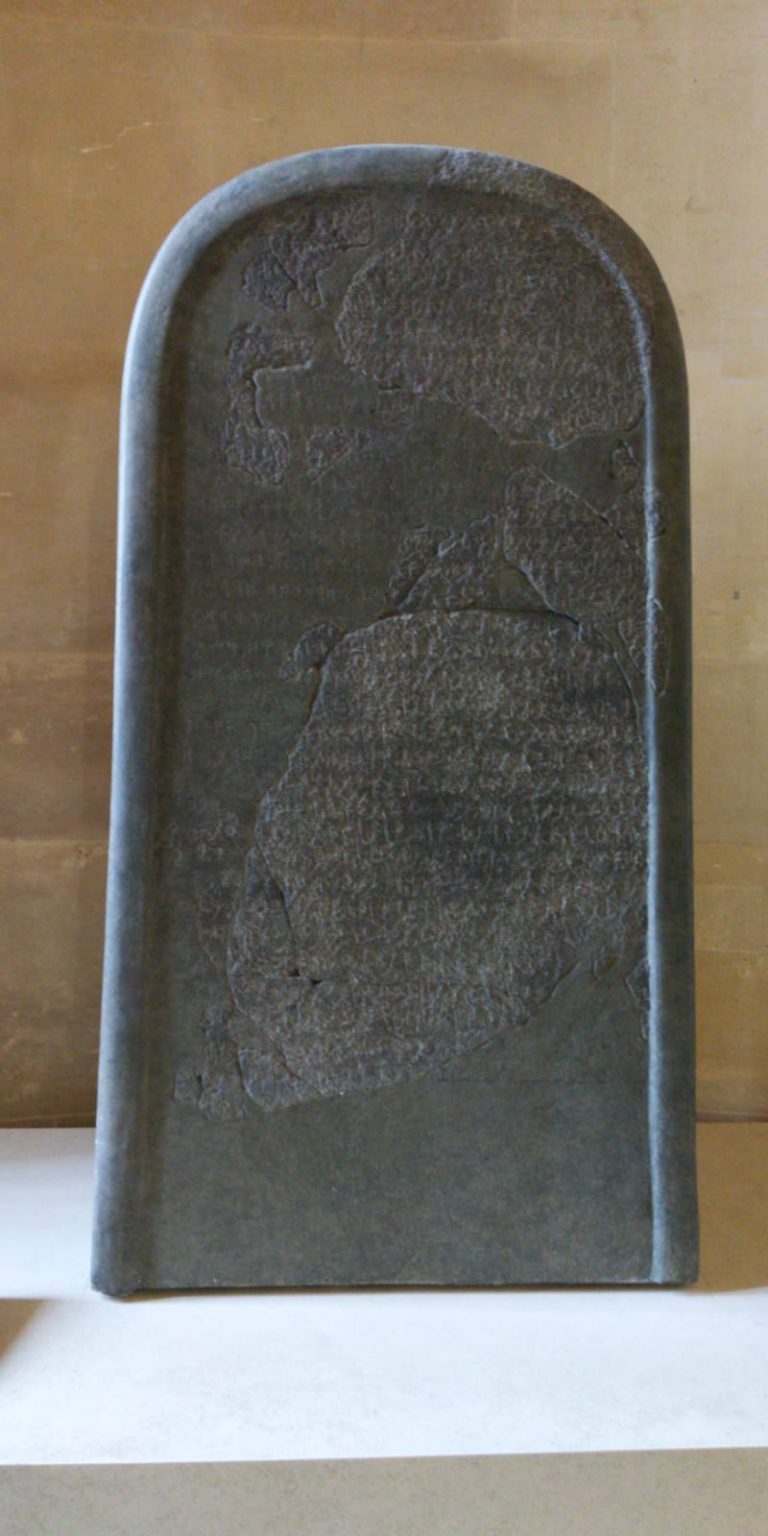 In Genesis 37, Joseph’s brothers sold him to Ishmaelite traders. “As they sat down to eat their meal, they looked up and saw a caravan of Ishmaelites coming from Gilead. Their camels were loaded with spices, balm and myrrh, and they were on their way to take them down to Egypt. Judah said to his brothers, “What will we gain if we kill our brother and cover up his blood? Come, let’s sell him to the Ishmaelites and not lay our hands on him; after all, he is our brother, our own flesh and blood.” His brothers agreed. So when the Midianite merchants came by, his brothers pulled Joseph up out of the cistern and sold him for twenty shekels of silver to the Ishmaelites, who took him to Egypt.”

These traders are described as having coming first from Midian, in the Arabian Peninsula, and then via Gilead, in the Transjordan between the Dead Sea and the Sea of Galilee. In taking this path, they would have crossed Moab.

In the Bible, Joseph and King David are the two most developed characters, and their stories contain the most complete narrative arcs. Despite his centrality in the Bible, evidence for King David in the archaeological record has been hard to come by. One of the earliest potential mentions of King David may have come from Moab, in modern Jordan.

In the 19th century, local Bedouins in Dhiban, biblical Dibon, east of the Dead Sea in Transjordan, produced the longest Iron Age inscription found in the southern Levant. This monument, the Mesha Stele, recorded the triumphs of the Moabite king Mesha, over the Israelite king.

One potential antiquities buyer took a “squeeze” of the monument, an impression of the letters on paper. The stele was later damaged, and the inscription has been reconstructed using a combination of the surviving pieces and readings of the imprint on the squeeze. Despite the reconstruction, some of the letters are still missing, leaving the inscription subject to interpretation.

One scholar has suggested that there is mention of “the house of David.” With this reading, the “house of David is in Horonen” and the Moabite god Kemosh tells the Moabite king Mesha to capture Horonen, which Mesha does.

The Mesha Stele is shown in the image above. It is on display at the Louvre Museum in Paris, France.