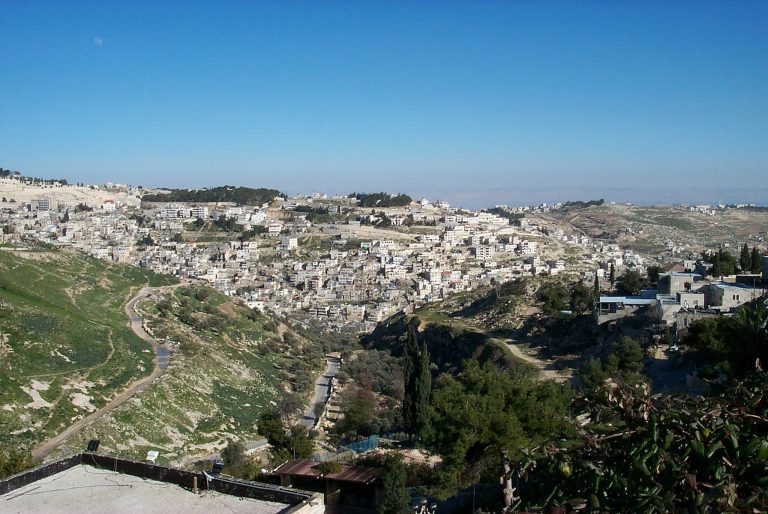 In Deuteronomy 12, Moses warns the nation against following a particularly egregious form of Canaanite worship. “The Lord your God will cut off before you the nations you are about to invade and dispossess. But when you have driven them out and settled in their land, and after they have been destroyed before you, be careful not to be ensnared by inquiring about their gods, saying, “How do these nations serve their gods? We will do the same.” You must not worship the Lord your God in their way, because in worshiping their gods, they do all kinds of detestable things the Lord hates. They even burn their sons and daughters in the fire as sacrifices to their gods.”

Despite Moses’ warning, the temptation to burn their children was too great. In 2 Chronicles 28, Ahaz, king of Judah, fell into this practice. “He followed the ways of the kings of Israel and also made idols for worshiping the Baals. He burned sacrifices in the Valley of Ben Hinnom and sacrificed his children in the fire, engaging in the detestable practices of the nations the Lord had driven out before the Israelites.”

A century later, Jeremiah warned Israel of what was to come as a result of this practice. “The people of Judah have done evil in my eyes, declares the Lord. They have set up their detestable idols in the house that bears my Name and have defiled it. They have built the high places of Topheth in the Valley of Ben Hinnom to burn their sons and daughters in the fire, something I did not command, nor did it enter my mind. So beware, the days are coming, declares the Lord, when people will no longer call it Topheth or the Valley of Ben Hinnom, but the Valley of Slaughter, for they will bury the dead in Topheth until there is no more room.” (Jeremiah 7)

In the original Hebrew version of 2 Chronicles 28, Ahaz is said to have sacrificed his children at the site of “Gai ben Hinnom,” which is translated to the “valley of the son of Hinnom.” In later forms, the term appears to be condensed into the Valley of Hinnom, or in the Hebrew, Gai Hinnom.

Ancient place names tend to be “sticky.” Jerusalem appears to be same Jerusalem as the Middle Bronze Age town. Megiddo and Hazor are easily identified at their ancient sites. Gaza, Ashkelon and Ashdod today are on the sites the ancient cities of that name once stood. The Valley of Hinnom today originates along the western edge of the Old City of Jerusalem. The valley runs south and then turns east, until it joins the Kidron Valley, the valley to the east of the Old City. This is likely the same location as the Valley of Hinnom in the Bible.

Jeremiah warned the nation that “they will bury the dead in Topheth until there is no more room.” The exact location of the Tophet is unknown, but there have been graves discovered at Ketef Hinnom, on the edge of the Valley of Hinnom.

Because of the areas sordid past of child sacrifice, the Valley of Hinnom became associated with another horror. Gai Hinnom was associated Gehenom, the Hebrew word for Hell. The exact location is undetermined, but this area become known as the entrance to hell in later sources.

For a modern day entrance to hell, this fire has been burning continuously for 40 years: