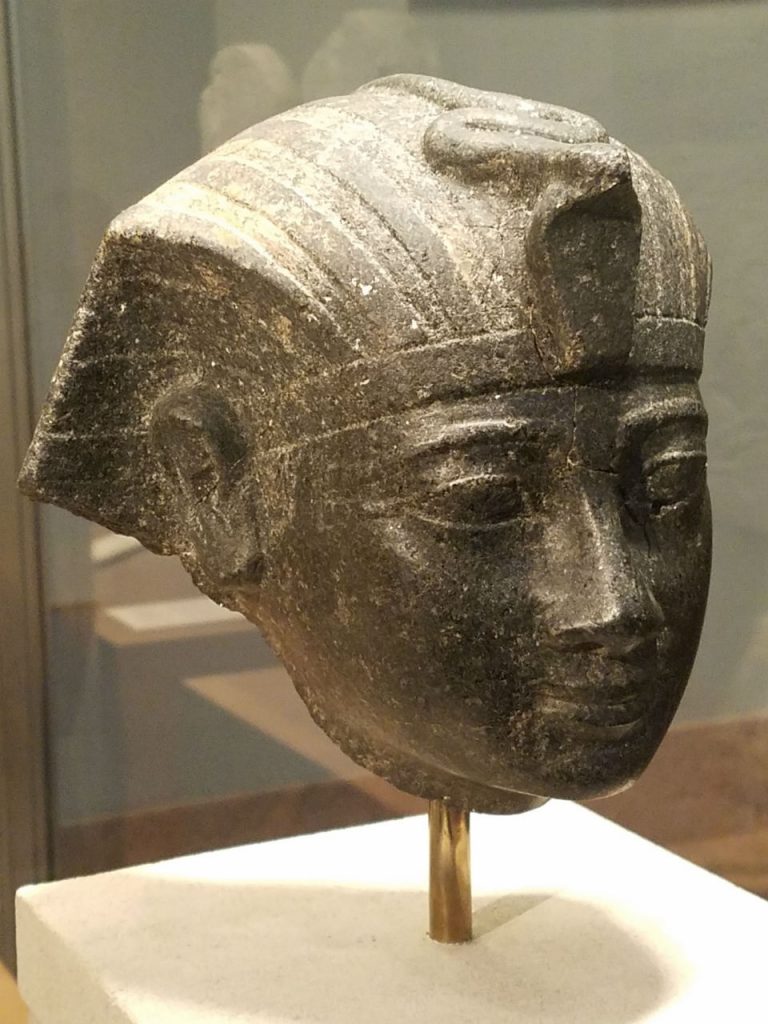 In Deuteronomy 17, the nation of Israel is given instructions regarding appointing a king: When you enter the land the Lord your God is giving you and have taken possession of it and settled in it, and you say, “Let us set a king over us like all the nations around us,” be sure to appoint over you a king the Lord your God chooses. He must be from among your fellow Israelites. Do not place a foreigner over you, one who is not an Israelite. The king, moreover, must not acquire great numbers of horses for himself or make the people return to Egypt to get more of them, for the Lord has told you, “You are not to go back that way again.” He must not take many wives, or his heart will be led astray. He must not accumulate large amounts of silver and gold.

In the Bible, after the exodus, it would still be some time before the Israelites anointed a king to lead them. But for a few hundred years in the Late Bronze Age, the de facto ruler of Canaan was the Egyptian king.

In Exodus 13 “When Pharaoh let the people go, God did not lead them on the road through the Philistine country, though that was shorter. For God said, ‘If they face war, they might change their minds and return to Egypt.’ So God led the people around by the desert road toward the Red Sea.” One rationale for the nation to turn away from Canaan could have been to avoid the Egyptian military garrisons along the coast, garrisons that were ultimately under the control of Egypt’s New Kingdom rulers.

Egypt’s New Kingdom had a major impact on events in Canaan. At the end of Egypt’s Second Intermediate Period, the Egyptian kings expelled the Asiatic Hyksos rulers, sending them fleeing out of Egypt and into Canaan. The New Kingdom kings Ahmose I, Thutmose I and Thutmose III took control of Canaan and expanded Egyptian control of the Levant, with the greatest reach occurring under Thutmose III. Thutmose III’s son Amenhotep II asserted his control over the area. The Memphis Stela of Amenhotep II records that he captured 89,600 men, including 3,600 Apiru and 15,200 Shasu in his campaigns in Canaan and the Levant.

Under the religious reformer Akhenaten, the Egyptians appear to have neglected Canaan. The Amarna Letters unearthed at Akhenaten’s new capital show increasingly desperate Egyptian vassals appealing for help from the Egyptians against raiders such as the Habiru. But Horemheb undid Akhenaten’s reforms and represented a return to an assertive Egyptian foreign policy.

In 1 Samuel 8, the prophet Samuel warned Israel against appointing a king. But for the Egyptian rulers whose garrisons controlled trade in Canaan, captured slaves to be taken back to Egpyt, and ruled without the Bible’s limitations, to paraphrase Mel Brooks, it was good to be the king.

The image above is of Amenhotep II, who claimed to have captured vast amount of slaves in Canaan. It is on display at the Metropolitan Museum of Art in New York.