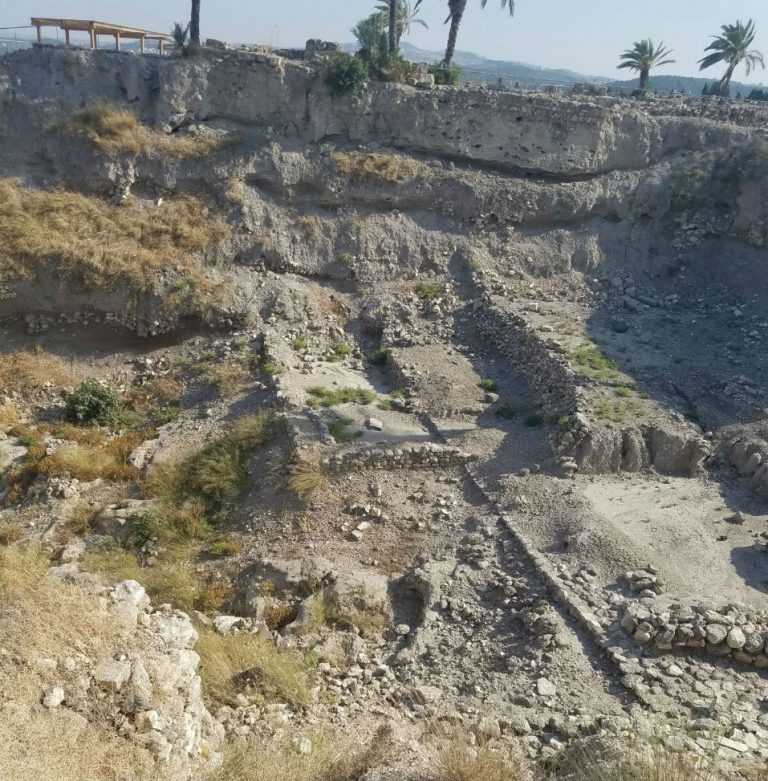 Leviticus 13 lists the laws of skin conditions and diseases. “When anyone has a swelling or a rash or a shiny spot on their skin that may be a defiling skin disease, they must be brought to Aaron the priest or to one of his sons who is a priest. The priest is to examine the sore on the skin, and if the hair in the sore has turned white and the sore appears to be more than skin deep, it is a defiling skin disease. When the priest examines that person, he shall pronounce them ceremonially unclean. If the shiny spot on the skin is white but does not appear to be more than skin deep and the hair in it has not turned white, the priest is to isolate the affected person for seven days.”

The Hebrew word “tzara’at” is commonly translated as leprosy, but it represents a variety of skin conditions and blemishes that appear on human skin, hair or even on clothes or buildings.

In the book of Numbers 12 “tzara’at” is associated with sin. Moses’ brother Aaron and sister Miriam criticized Moses’ choice of wife. In response, God punished Miriam with a skin condition, and her skin turned white as snow, and she was isolated outside the camp for seven days.

Leviticus 6 lists the laws for bringing a sin offering. One law regarding the process is that “the clay pot the meat is cooked in must be broken; but if it is cooked in a bronze pot, the pot is to be scoured and rinsed with water.”

Clay pots are involved in the Bible’s rituals, and are one of most important items that archaeologists study.

Sir William Matthew Flinders Petrie was a 19thcentury archaeologist who was responsible for excavations in Egypt and Palestine. His most prominent find was of the Merneptah Stele, the granite monument which contains the first known mention of a people called “Israel.” He himself quickly recognized the importance of this find for archaeology and the Bible. According to a biography, when he realized the Egypitan hieroglyphic characters referred to Israel, he remarked “Won’t the reverends be pleased?”

Flinders Petrie true lasting contribution to the field of archaeology is in the development of ‘seriation.’ While unearthing a cemetery at Luxor, Egypt, Petrie established a system of digging gradually and recording the findings by layer. The artifacts and pottery found in each layer could be compared. Layers from different graves that contained similar pottery could be estimated to come from similar time periods. In doing so, Petrie was able to establish a relative chronology of objects across time.

A tell, or tel, is a mound that is created over time by settlers. In ancient times, if a site was abandoned or destroyed, it would be easier for the next group of settlers to fill in the earlier layer with dirt and build on that layer, than to remove all the debris from the earlier settlement. Over time, these mounds grew taller to the point where they provide the natural defense of a high ground.

The southern Levant, including Canaan, is rich in ancient tells because of a poverty in water. In lands where there was consistent rainfall or rivers, a destroyed settlement could be abandoned and the next generation of settlers could relocate to another spot with enough water. The settlers of Canaan were limited in how far they could wander from the water sources, and were more apt to build on the site of prior settlements.

Using methods established by Flinder Petrie, William Foxwell Albright produced important studies of clay pottery in the southern Levant west of the Jordan River. These studies proved to be important for the identification of early Israel, and Israel’s development over time.

The image above is from Tel Megiddo. The area served as a temple site, and earlier structures were found beneath later structures as archaeologists dug down to lower levels on the site.

In recognition of the importance of pots in archaeology, you can enjoy this tune: