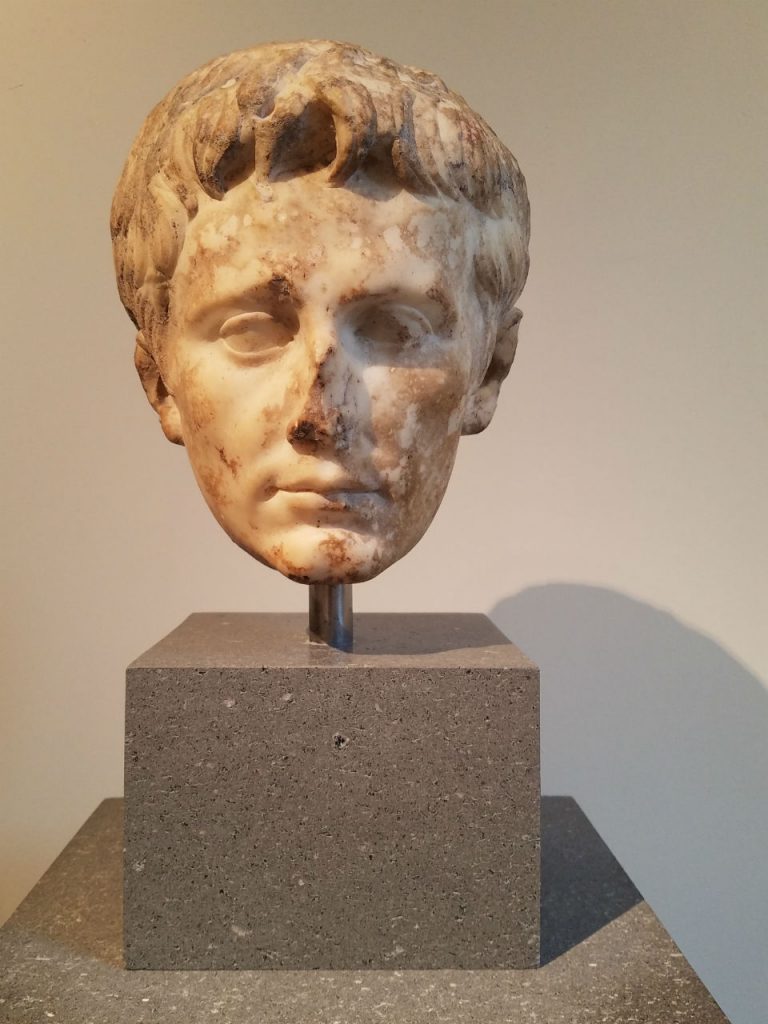 In Numbers 13, at God’s behest Moses sent spies to explore the land of Canaan, which the Israelites were set to conquer. “So they went up and explored the land from the Desert of Zin as far as Rehob, toward Lebo Hamath. They went up through the Negev and came to Hebron, where Ahiman, Sheshai and Talmai, the descendants of Anak, lived.” The spies figured out where the different groups lived. “The Amalekites live in the Negev; the Hittites, Jebusites and Amorites live in the hill country; and the Canaanites live near the sea and along the Jordan.”

In Joshua 11, Joshua conquered Hazor. “Joshua turned back and captured Hazor and put its king to the sword. Hazor had been the head of all these kingdoms. Everyone in it they put to the sword. They totally destroyed them, not sparing anyone that breathed, and he burned Hazor itself. Joshua took all these royal cities and their kings and put them to the sword. He totally destroyed them, as Moses the servant of the Lord had commanded. Yet Israel did not burn any of the cities built on their mounds, except Hazor, which Joshua burned.”

Tel Hazor, the site of ancient Hazor, is roughly 10 miles north of the Sea of Galilee. Historically it was important because it was along the trade route that connected the coastal roads that ran down to Egypt and the interior routes that traveled into Syria and down to Mesopotamia. Archaeology has shown that it had a long period of habitation, from the Early Bronze Age until the period of Greek rule in the latter part of the 1st millennium BCE. It reached a peak in the Late Bronze Age, and Hazor’s king features in Egypt’s Amarna Letters.

Notably in the Bible account, Joshua burned Hazor, but not the other cities.

Destruction layers are one of the most identifiable features in archaeology. A site that experienced destruction and fire might feature collapsed walls, layers of ash, burnt wood, stone that cracked in the intense heat, melted limestone and/or destroyed statues. Because a destruction layer can so clearly delineate a break in periods and explain the reason for the end of a settlement, it would not be unusual to hear an archaeologists talk about “beautiful, beautiful destruction.”

Hazor reached a peak in the Late Bronze Age, before the Egyptians seized control of Canaan. The city appears to have to have been attacked at the end of the 14th century BCE and again in the mid-to-late 13th century BCE. In the 13th century BCE layer, on the lower plateau to the north, large public structures were destroyed, as were statues of gods and kings, but small domestic structures were not destroyed. Similarly, on the tel, or mound, the large public buildings including palatial and cultic sites were destroyed.

Amnon Ben-Tor, the lead archaeologist on the site, is of the opinion that the destruction was caused by invading Israelites. To him, the decapitations of the statues of gods and kings, the destruction of cultic sites and cultic paraphernalia on both the upper and lower sites are indicative of Israelite destruction.

Polytheists were traditionally respectful of local gods, and would have traditionally been expected to respect cultic sites. In the Bible, the Israelites are prohibited from forming graven images and of worshipping other gods. Therefore, Amnon Ben-Tor and others point to the destruction as the result of deliberate actions by Israelite attackers. To Ben-Tor, the Israelites are the iconoclasts, the deliberate destroyers of images used in worship, much as the much later bust in the image above was deliberately mutilated.