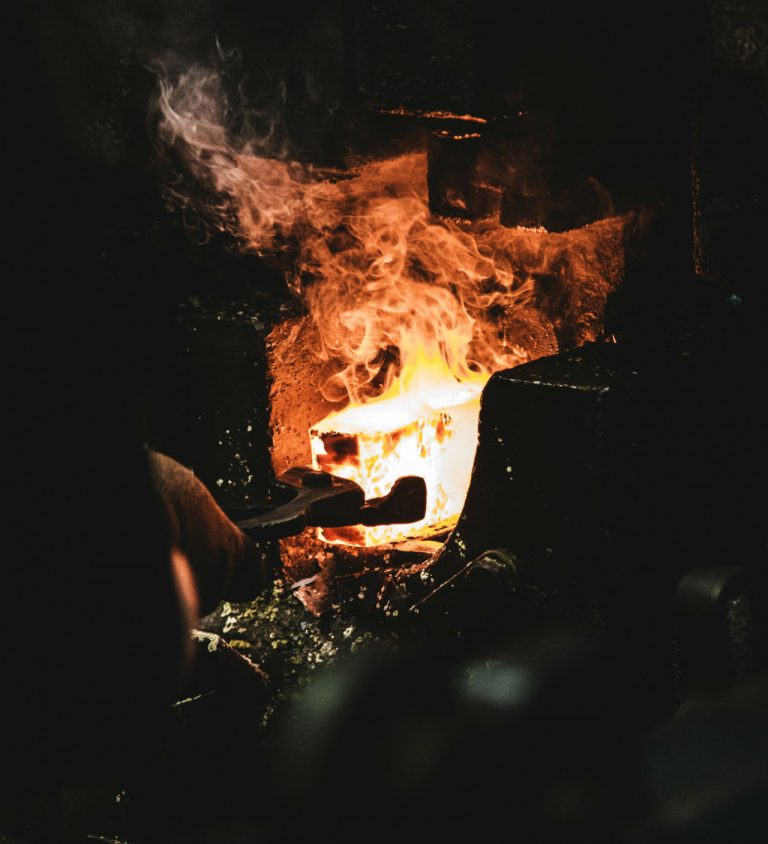 Exodus 38 lists the metals that were needed in the construction of the tabernacle and the sum totals that were collected during the census. These metals included gold, silver and in Hebrew “nekhoshet,” which is alternately translated as copper, bronze or brass, the latter two of which are alloys of copper mixed with tin or zinc, respectively. One metal noticeably absent from the Bible’s list is iron.

Archaeologists divide history into epochs based on the predominant tools of the time. The major ages are the Stone, Copper, Bronze and Iron Age, and the Iron Age ends with the advent of the recording of history.

The various ages represent advances in technology. Smelting is the process of heating an ore, such as rock that contains a metal, so that the metal melts and can be collected. The Copper Age begins when humans learned how to smelt copper and form tools. The Bronze Age started when humans learned how to mix copper with tin to form harder and more durable bronze tools than could be formed with copper alone.

Iron is one of the most commonly occurring elements on planet earth. Iron was used in jewelry early on, but iron alone is soft and flexible. Iron has a higher melting point than copper. It was only when smelting technology improved to produce higher temperatures that iron was able to be mixed with carbon to produce steel tools and weapons that were cheaper, harder and more durable than bronze ones.

Iron smelting appears in Anatolia, the area of modern Turkey, in the middle of the 2nd millennium BCE. By 1200 BCE, iron begins to displace bronze as the primary metal used for tools. The Iron Age in the Levant is defined as roughly 1200 BCE until the mid-6th century BCE. It is divided into two stages, Iron I from 1200-1000 BCE and Iron II from 1000-586 BCE.

The setting for the exodus story is generally thought to be 13th century BCE or earlier. This would be before the technology to generate the intense heat to forge steel from iron was widely available. Thus the strict, ironclad building instructions for the tabernacle would not include iron.

Strictly for entertainment value, since we have discussed the era of smelting copper before iron, feel free to enjoy this clip of the Keystone Coppers from the era of silent films, before talkies.