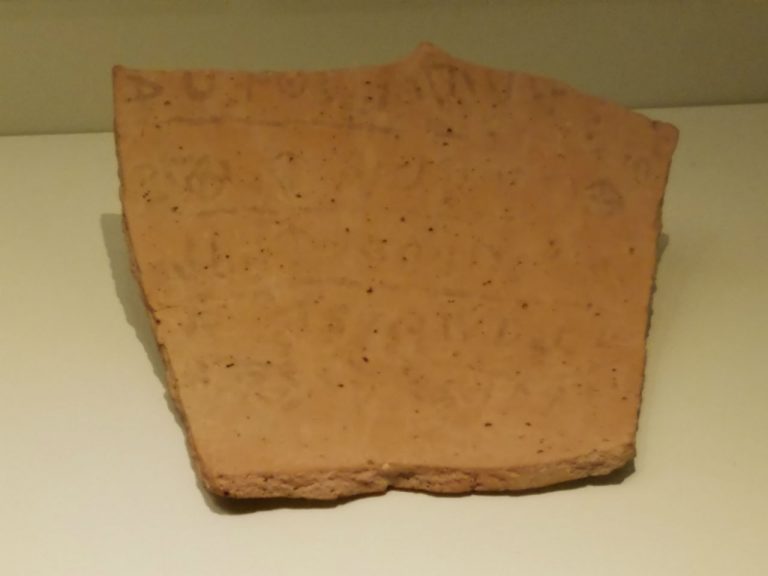 This week’s parshah marks a departure from the narrative that began with Genesis, as it lists a series of interpersonal and religious laws. Biblical scholars often refer to this week’s portion as the Covenant Code, marking it as different than the surrounding texts.

The laws in this week’s parshah show the Torah’s concern for ‘Social Justice,’ as opposed to ‘survival of the fittest.’ Demonstrating God’s stress on these laws, Exodus 22 reads: “Do not take advantage of the widow or the fatherless. If you do and they cry out to me, I will certainly hear their cry. My anger will be aroused, and I will kill you with the sword; your wives will become widows and your children fatherless.”

One of the certainties in archaeology is that most everything is uncertain. For almost every piece of evidence that is found, there are disagreements about the interpretation of the find. Oversimplifying matters, there are numerous disagreements between archaeologists at Tel Aviv University (TAU) and archaeologists at Hebrew University (HU) in Jerusalem. Reflecting the natures of secular Tel Aviv and religious Jerusalem, those at TAU tend to argue against the biblical account while those at HU more often argue that the evidence supports the biblical account.

One such argument relates to the presence of ‘six-chambered gates’ at the Canaanite cities of Hazor, Megiddo and Gezer. These were important cities on the trade route to Egypt and Mesopotamia. Archaeology has shown that had a unique gate system that provided an added layer of security at the entrance to their walled cities. The question is, who built these gates?

1 Kings 9 states “Here is the account of the forced labor King Solomon conscripted to build the Lord’s temple, his own palace, the terraces, the wall of Jerusalem, and Hazor, Megiddo and Gezer.” Ezekiel 40 says of Jerusalem, “Inside the east gate were three alcoves on each side; the three had the same measurements, and the faces of the projecting walls on each side had the same measurements.” What Ezekiel is describing is a ‘six-chambered gate.’

One of the unique features of this site is that there are two gate systems leading into and out of the city. Most walled cities only have on entry and exit point. For this reason, some have identified Khirbet Qeiyafa as the ancient biblical city Shaaraim, meaning ‘two gates.’ This would be the Shaaraim of 1 Samuel 17: “Then the men of Israel and Judah surged forward with a shout and pursued the Philistines to the entrance of Gath and to the gates of Ekron.”

There are factors that suggest the site may be related to a kingdom led from Jerusalem. Its location between the coast and the hills would be of strategic value. Only a state powerful enough to marshal the resources could build a fortified city. Pig bones are prevalent in the coastal Philistine cities, but are absent in the Samarian and Judean Hills, reflecting the different diets of the two populations. At Khirbet Qeiyafa, one does not find pig bones in the 10th century. Another piece of evidence may be the Khirbet Qeiyafa ostracon.

The Khirbet Qeiyafa ostracon is an inscription written on a clay fragment. Its language and meaning are debated. The words on the inscription are not clear, leaving it subject to interpretation. The Philistines are believed to have come from the Aegean or coastal Anatolia and spoke an Indo-European language. The Israelites and the Canaanites spoke closely related Semitic languages. This ostracon is written in a Semitic language. Some argue that a number of the words such as asah and avad are unique to the Hebrew language, and so it would be from Judah or Israel, and would not be Canaanite. This would support the idea that this site is the biblical site of Shaaraim and was attached to a kingdom in Jerusalem.

The reading of the text is also debated. As the picture above shows, the writing is not clear, so interpretation requires some imagination. One possible reading is that it implores justice for the widow and the orphan and concern for the poor and the slave. If this were a correct reading, it would mirror the Bible’s concern for the same. There is no agreement if this a Judean site, if it is Shaaraim, if the inhabitants were Canaanite or Israelite, but it leaves open the possibility for that there was a concern over social justice in the Shephelah.

The Khirbet Qeiyafa ostracon, pictured above, is currently on display at the Israel Museum in Jerusalem.