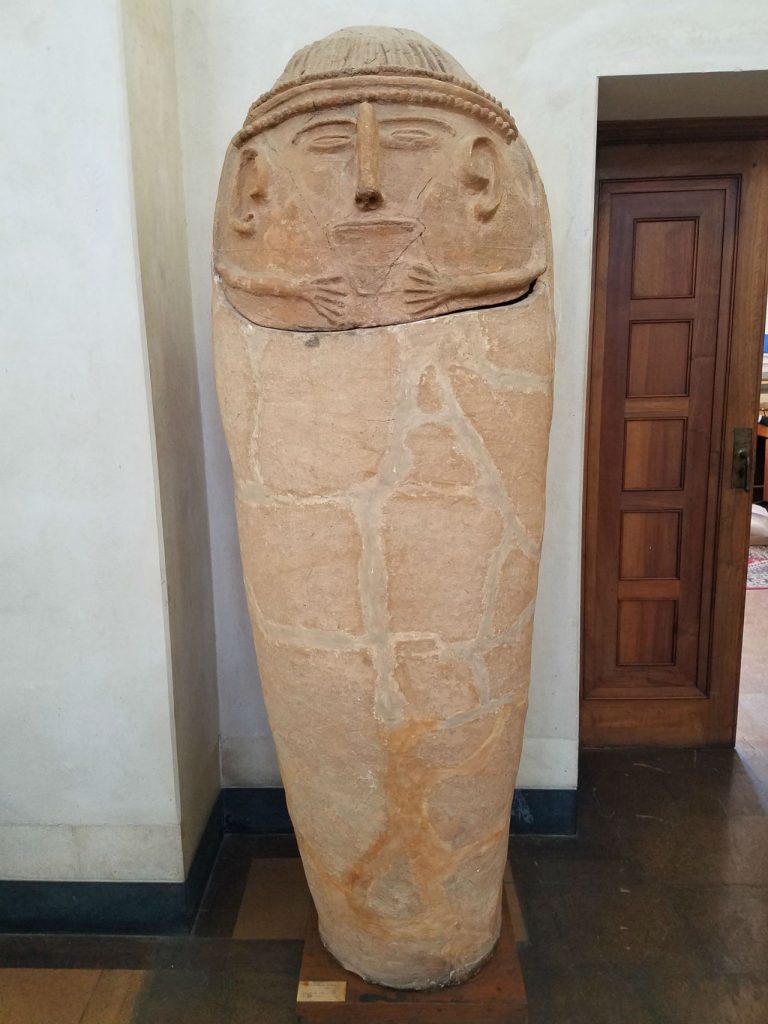 In Genesis 49, Jacob gave his son Joseph instructions for his burial arrangement. “I am about to be gathered to my people. Bury me with my fathers in the cave in the field of Ephron the Hittite, the cave in the field of Machpelah, near Mamre in Canaan, which Abraham bought along with the field as a burial place from Ephron the Hittite.“ In Genesis 50, Joseph had Jacob’s body treated in the Egyptian manner. “So the physicians embalmed him, taking a full forty days, for that was the time required for embalming. And the Egyptians mourned for him seventy days.” Then Joseph took his father’s body to be buried in Canaan.

In the Late Bronze Age, Egypt seized control of Canaan to dominate trade through the region and to create a buffer zone against foreign invasion. The Egyptians became more entrenched in Canaan during the 19th and 20th Dynasties.

Evidence of the Egyptian presence appears in monumental and cultural forms. The Amarna Letters found at the ancient site of Akhetaten, the Egyptian pharaoh Akhenaten’s capital, contain correspondences from Canaan rulers of cities asking for Egyptian assistance against the nomadic Habiru raiders. Later, stelae, or monuments, recording the feats of the pharaoh Seti I and his son Ramesses II were unearthed at Beth She’an, in the Jordan Valley.

Timnah is the site of a large ancient copper mine near Eilat, and it appears to have operated under Egyptian control during the Late Bronze Age. An Egyptian temple to the goddess Hathor on site points to Egyptian control.

The Egyptian presence in seen in cultural forms. There is an increase in the amounts of Egyptian pottery, including Egyptian stone vessels and beer jugs. There is evidence of Egyptian influence in building styles and cultic properties.

Another area where Egyptian influence can be seen is in burial practices. In the Middle Bronze Age, bodies were more commonly laid to rest in a fetal position. In the Late Bronze Age, bodies were buried a supine position, lying on its back, more typical of Egyptian practices. Bodies became more likely to be buried outside of the city, in contrast to earlier burials nearer to residences. Coffins became more common. And some coffins had anthropoid, or human-like features, as can be found on Egyptian coffins. One example of this is on display at the Rockefeller Archaeological Museum, north of the Old City of Jerusalem’s walls, opposite Herod’s Gate, just east of Damascus Gate. The image above is of an anthropomorphic coffin found at Beth She’an, dating to the 12th century BCE. Any resemblance to Humpty Dumpty is purely coincidental.