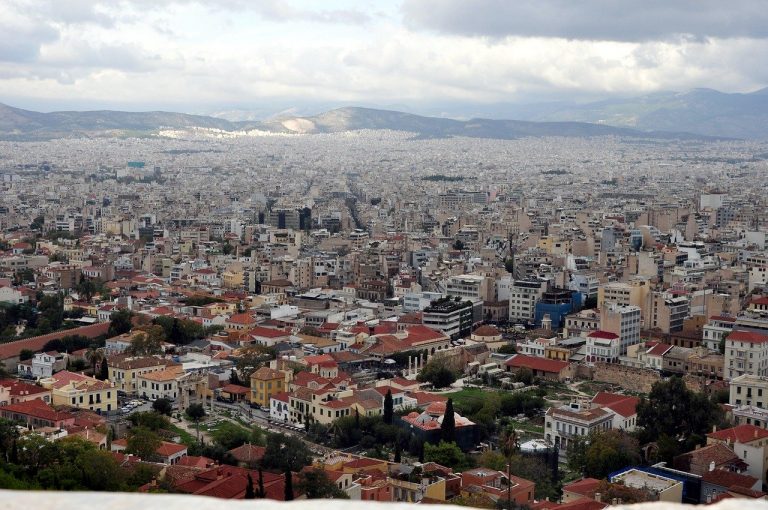 Leviticus chapters 6-7 list the various types of offerings that were brought in the tabernacle, and that would later be brought at the Second Temple in Jerusalem. These offerings included the burnt offering, grain offering, sin offering, guilt offering, and fellowship offering. A chain of events that began with a plague resulted in the cessation of the temple activities in Jerusalem for a number of years and the creation of a new Jewish holiday.

As told by Thucydides, and translated by Richard Crawley: “Not many days after their arrival in Attica the plague first began to show itself among the Athenians. It was said that it had broken out in many places previously in the neighborhood of Lemnos and elsewhere; but a pestilence of such extent and mortality was nowhere remembered. Neither were the physicians at first of any service, ignorant as they were of the proper way to treat it, but they died themselves the most thickly, as they visited the sick most often; nor did any human art succeed any better. Supplications in the temples, divinations, and so forth were found equally futile, till the overwhelming nature of the disaster at last put a stop to them altogether.”

He described how the the disease attacked the body: “…people in good health were all of a sudden attacked by violent heats in the head, and redness and inflammation in the eyes, the inward parts, such as the throat or tongue, becoming bloody and emitting an unnatural and fetid breath. These symptoms were followed by sneezing and hoarseness, after which the pain soon reached the chest, and produced a hard cough. When it fixed in the stomach, it upset it; and discharges of bile of every kind named by physicians ensued, accompanied by very great distress. In most cases also an ineffectual retching followed, producing violent spasms, which in some cases ceased soon after, in others much later. Externally the body was not very hot to the touch, nor pale in its appearance, but reddish, livid, and breaking out into small pustules and ulcers. But internally it burned so that the patient could not bear to have on him clothing or linen even of the very lightest description; or indeed to be otherwise than stark naked. The body meanwhile did not waste away so long as the distemper was at its height, but held out to a marvel against its ravages; so that when they succumbed, as in most cases, on the seventh or eighth day to the internal inflammation, they had still some strength in them. But if they passed this stage, and the disease descended further into the bowels, inducing a violent ulceration there accompanied by severe diarrhea, this brought on a weakness which was generally fatal.” Despite the detailed description of symptoms, epidemiologists have not been able to definitively link it to a specific pathogen.

The disease started in a neighborhood and then spread throughout the city. People from the countrysides where the disease struck staggered into the cities, furthering the spread of disease. The plague struck again in 429 and again in 427.

While the plague struck Athens, it appears to have spared the Peloponnese. It sufficiently weakened Athens relative to the Spartans, and eventually the Spartans emerged victorious from the Peloponnesian War. Athens never regained its former stature.

Macedon, to the northwest of Attica and Athens, was historically considered a backwater region. In 359 BCE, Philip II of Macedon began to assert himself militarily.  A weakened Athens could not stand in his way, and eventually Philip II consolidated his power over ancient Greece. Philip II’s son Alexander was a military genius and was able to build on his father’s conquests. Alexander the Great marched out of Europe and captured a landmass from Egypt to the Indus Valley, defeating the Persian Empire in the process.

After Alexander’s death, the area he captured was divided and ruled by his former generals. Judea eventually fell under the control of the Seleucid Empire, so named after Seleucus I Nicator, one of Alexander’s generals. Antiochus IV, a direct descendant of Seleucus I Nicator, would be the ruler who defiled the temple in Jerusalem in 167, leading to a revolt, and ultimately to the holiday of Hanukkah that is celebrated today.

A plague in Athens may have set off this chain of events that changed Jewish history. And it was started by a plague that devastated the crowded streets of Athens, shown in the image above.