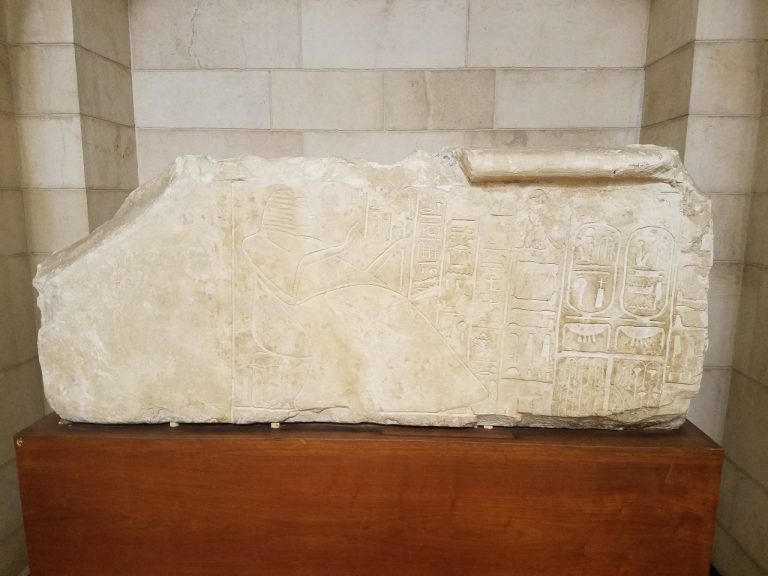 In Numbers 4, God tells Moses to get an accounting of the various branches of the Levite family branches, the Kohathites, the Gershonites and the Merarites. This accounting makes for an opportune moment to review the accounting of the archaeological periods in the southern Levant.

One factor which separates humans from most other creatures in the animal kingdom is their ability to use tools. Historical human development is in part measured by the prevalent technologies humans used to make tools. The Stone Age was followed by the Copper Age. Bronze is an alloy of copper and tin, so advances in smelting led to the end of the Copper Age and the beginning of the Bronze Age.

The Bronze Age is divided into Early, Middle and Late stages. The Middle Bronze Age in the Levant lasted from roughly 2100 BCE to 1600 BCE, and the Late Bronze Age from 1600 BCE through 1200 BCE.

The Iron Age periods in the Levant are typically broken down into the Iron I period, and the Iron II period, which is subdivided into Iron IIA, IIB and IIC. The archaeological record in Israel contains upper and lower anchors for the 12th century BCE and the late 8th century BCE. These anchors firmly establish certain events and their timing in the Iron I and Iron IIB periods.

On the upper end, there are clear mid-12th century BCE correlations between the Egyptian 20th Dynasty and artifacts found at Beth She’an, Megiddo and Lachish. Destruction layers at Egyptian settlements during the reign of Rameses VI or Rameses VIII were followed a non-Egyptian settlement, marking a defined changed in the settlement pattern.

This periodization described above is referred to as the High Chronology.

The High Chronology represents what has been the traditional archaeological view of the period. In the High Chronology, the Late Bronze Age ended in roughly 1200 BCE. This coincided with the arrival of the Philistines on the southwestern coast of the southern Levant, shortly after the appearance of the early Israelites in the central hill country, with their small villages and egalitarian lifestyles. In the High Chronology, the Iron I period lasted from 1200 BCE through 1000 BCE. In this scheme, the Iron IIA period begins in roughly 1000 BCE. In the central hill country, it is marked by urbanization, gradual fortifications and royal architecture. From a timing perspective, this period appears to correlate with the biblical account of the beginnings of King David’s monarchy, a high point in biblical Israel’s history.

The image above is of a lintel, from above the doorpost, of an Egyptian residence in Beth She’an, in the 12th century, before the transition to a Canaanite material culture. It is on display at the Rockefeller Museum in Jerusalem.