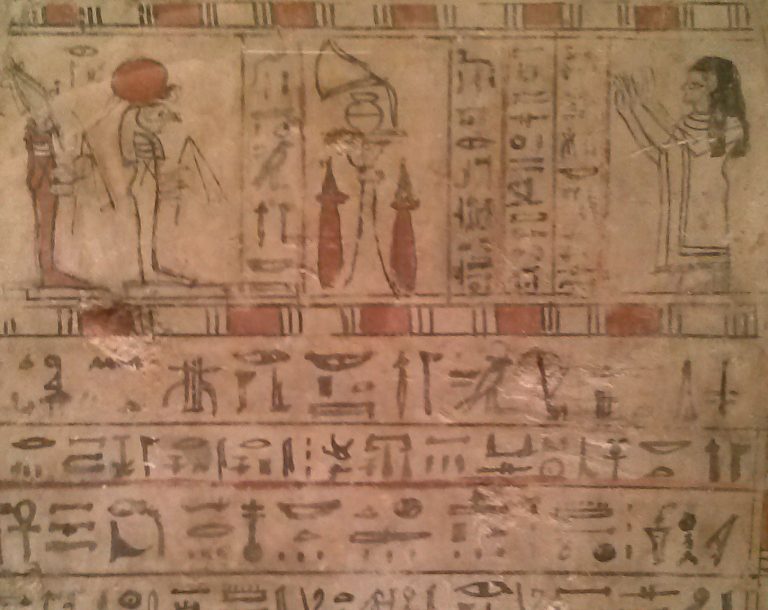 In Genesis 39, Joseph was sold to into slavery to Potiphar, one of the pharaoh’s officials. In Parshat Miketz, Genesis 41, the pharaoh gave Joseph the daughter of Potiphera, the priest of On, to marry. The names Potiphar and Potiphera can be viewed as being one and the same, as Egyptian writing does not always indicate vowels. Notwithstanding the similarities between the names Potiphar and Potiphera, and the similarities between the roles of slave master and father-in-law, the name Potiphera has significance.

Potiphera translates to “He whom Ra gave.” In the Egyptian pantheon, Ra is one of the, if not the, primary god. The Egyptian pantheon varied by location, with certain gods predominating in various locations, but Ra was commonly associated with the most important gods. In certain locations Ra was considered the creator. When the Egyptian New Kingdom rose to power, Ra was merged with a southern Upper Egyptian local god Amun to become the supreme god, Amun-Ra.

Ra was important for the Egyptians, as it was Ra who traveled by boat nightly taking the sun across the underworld. Without Ra, the sun could disappear under the horizon and never return. In Egyptian art, Ra is often featured with a human body, falcon head and the disk of the sun above his head, as is shown in the image above.

Understanding the importance of Ra in the Egyptian pantheon sheds light on a later story. When God punished the Egyptians with the ten plagues, the ninth plague was darkness. Darkness was not just an inconvenience. Darkness was a challenge to Ra, the Egyptian god who should have been able to deliver the sun and its light every morning.

The Stela of Potiphar is the first known mention of this specific name. It indicates that Potiphar/Potiphera was a prominent Egyptian official, keeper of the storehouse of Ptah, another Egyptian God. This monument dates to the 21st Dynasty, in the 11th or 10th century BCE. This is well after the date of the Joseph story in the Bible, but it is possible the name could have existed earlier. Comparable names with ‘Potipe-‘ followed by the name of another deity are known from the earlier 18th Dynasty. And the Egyptologist Kenneth Kitchen argues that a version of “given of” a particular deity exists during Middle Kingdom Egypt, around the time of the Joseph story.

The Stela of Potiphar is held at the Egyptian Museum in Cairo. It is catalogued as Cairo JE 65444.