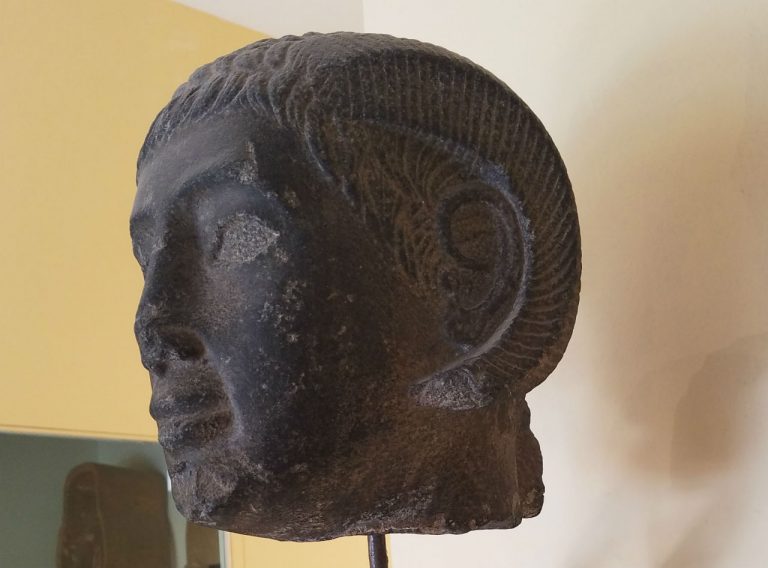 In the Jacob narrative of the Book of Genesis, Jacob left his home and headed north to live with his uncle in Harran. There he worked for Laban and married Laban’s two daughters, Leah and Rachel. After years of maltreatment, Jacob fled back to his homeland with his expanded family and accumulated wealth in tow. On the way out the door, Rachel stole her father’s gods.

The Bible doesn’t offer any information about which specific gods Rachel pilfered. Archaeology could offer possibilities of which West Asian or Hittite gods they might have been. But continuing on with a theme, here the focus will be on Egyptian gods.

The implication of Rachel stealing her father’s gods is that there was a belief in Harran in a multiplicity of gods. Similarly, the Egyptians believed in a pantheon of gods. The role of the gods was not uniform across Egypt, but varied by region. At Hermopolis in central Egypt, there were eight gods at the beginning of time. At Heliopolis, in today’s Cairo, there were nine original gods, and the god Ra came to be elevated in status and identified with the sun. At Memphis, also in the area of today’s Cairo, the god Ptah sat above the nine gods. The god Ptah is the source of the name Egypt, taken from the Greek reading of Het-ka-Ptah, meaning the “House of the Spirit of Ptah,” as Aegyptus.

There were myths around the various gods. Ra, the sun god, was said to travel across the sky during the day and then through the underworld at night before the cycle repeated itself daily. In the Osiris Myth, the goddess Isis hid her baby Horus in the reeds of the Nile delta to protect him from Seth. Gods could be depicted in animal or human form or some combination thereof, connected to an associated myth.

Egyptian religion was not static over time. Gods rose and declined in importance. Ra and Ptah were two of the most prominent gods, and were linked with cities in northern, or Lower Egypt. Prior to the 16th century BCE, Amun was a minor deity linked with the city of Thebes in southern, or Upper Egypt. The leaders of the New Kingdom were originally from Thebes. When they unified Egypt under their rule, the local god Amun was elevated in national importance and blended with Re, to become Amun-Re, the chief god of the pantheon. In the 14th century BCE, a pharaoh known as Akhenaten attempted to eradicate all gods but the Aten, the sun disk, but this ‘monotheistic’ reform did not last beyond his rule.

In the 4th century BCE, Alexander the Great set his sights on conquering the world. He invaded Egypt, and established himself as ruler. Because of the fluidity of Egyptian beliefs, the Greeks were able to blend Greek and Egyptian gods. Amun-Re was blended with the supreme Greek god Zeus, to become Zeus Ammon.

The fluidity of Egyptian religion lay in contrast to the rigidity of the Jewish monotheistic religion. The Jewish monotheistic God could not adopt the mythology of Zeus or find its place in a broader pantheon of many gods. What could be done in Egypt could not be done in Judah. This came to a head 150 years after Alexander. While a large country like Egypt could adopt Greek culture through Hellenization, it came to a head in the events of the story of Hanukkah, and the Greek attempt to eradicate Jewish religious practices.

The image above is of a king depicted as Zeus Ammon, featuring the ram’s horn formerly associated with Amun-Re. It is on display at the Istanbul Archaeology Museums.