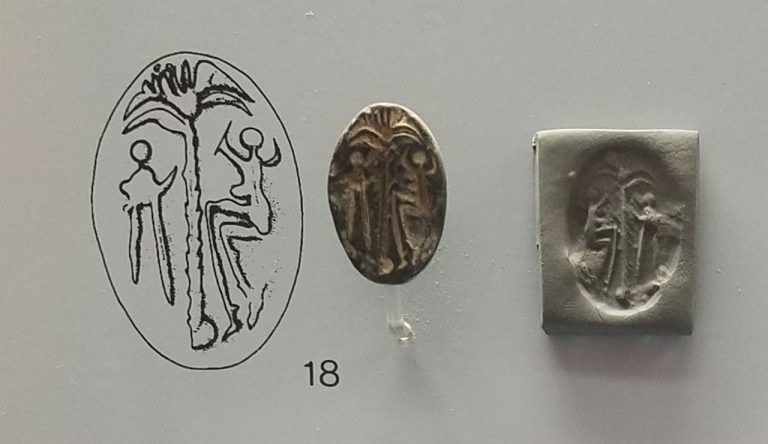 In Deuteronomy 7, God commands Israel that when they enter the land of Canaan, they are to drive out the inhabitants entirely. They are to destroy “their altars, smash their sacred stones, cut down their Asherah poles and burn their idols in the fire.”

While these kings are recognized for their dedication to God in eradicating the worship of other gods, implicit in the story is that for the majority of the time, the people in the kingdoms of Israel and Judah did in fact worship other gods. This point reinforced throughout the books 1 Kings and 2 Kings, and throughout the historical books. The nation is constantly being punished for turning its back on God. It is also stressed in the prophetic writings, as the prophets frequently warn the nation against worshipping other gods.

A number of inscriptions have been found connecting God and Asherah. Kuntillet Ajrud is a site in the northeastern Sinai desert, and inscriptions there are dated to the late 9th century BCE or the early 8th century BCE. The inscriptions at the site are in Hebrew, but even with its southern location it is not clear if the site was from the northern Israelite kingdom or the southern Judean kingdom. One inscription reads:

“Berakhti et’khem l’Y-HWH Shomron ul’Asherat,” meaning “I have blessed you by Y-ahweh of Samaria and Asherah.” If one adds the possessive to the last Hebrew word, it could be read as Y-HWH of Samaria and ‘HIS’ Asherah. Another inscription reads “I have blessed you by Y-HWH of Teman and Asherah,” or “his Asherah.” The connection to Teman echoes the line “God is coming from Teman,” in Habakkuk 3.

A similar inscription was found further north at Khirbet el-Qom, between Hebron and Lachish. The inscription is dated to the latter part of the 8th century BCE. It reads “Blessed be Uriyahu by Y-HWH and by his Asherah; from his enemies he saved him!”

Some scholars have used this to argue that most people at the time believed that God had a wife, Asherah. This claim is disputed. But what should be clear is that in the 8th and 7th centuries, the kings Hezekiah and Josiah had to contend with Asherah worship.

The stamp above featuring an Asherah post is on display at the Bible Lands Museum in Jerusalem.