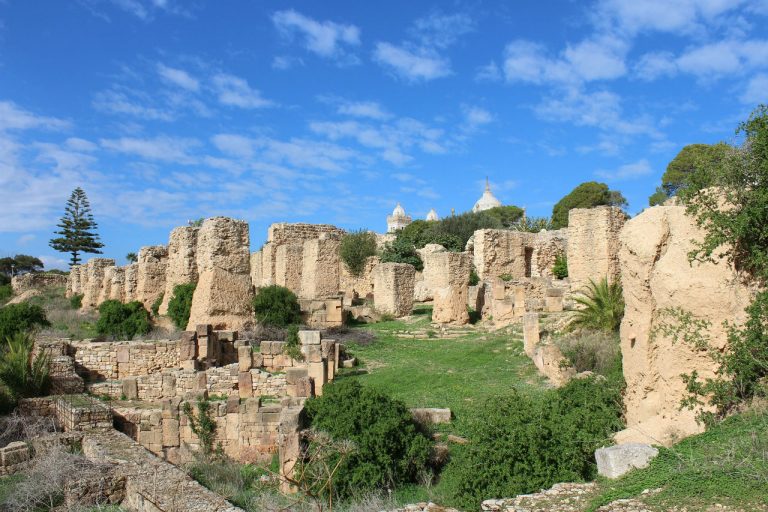 In Chapter 18 of Deuteronomy, it warns “When you enter the land the Lord your God is giving you, do not learn to imitate the detestable ways of the nations there. Let no one be found among you who sacrifices their son or daughter in the fire.” In the Bible, the Kingdom of Judah did appear to have imitated the ways of the nations. So in 2 Kings 23 “Josiah desecrated Topheth, which was in the Valley of Ben Hinnom, so no one could use it to sacrifice their son or daughter in the fire to Molek.”

No remains from child sacrifice have ever been found at the Valley of Hinnom just outside the Old City walls of Jerusalem. But there may be evidence of this Canaanite practice further afield.

The term Canaanites in the Bible is used to describe the different groups that lived in the southern Levant, and is often used to include groups that lived further up the coast in cities such as Tyre and Sidon, cities that are today part of Lebanon. This group came to be referred to as Phoenicians, from the ancient Greek word for ‘purple.’ The purple was from the purple dyes created from the local Murex trunculus sea snail, for which the Phoenicians were famous.

The Phoenicians eventually came to dominate seaborne trade in the Mediterranean. They established cities across the Mediterranean, including at Carthage, whose name comes from Qart-ḥadasht, meaning “New City.”

The Phoenicians clashed with an ascendant Rome and the two sides fought the Punic Wars. Eventually the Romans gained the upper hand. The 1st century BCE historian Diodorus Siculus in his Library of History, Book 20:14 wrote “Therefore the Carthaginians, believing that the misfortune had come to them from the gods, betook themselves to every manner of supplication of the divine powers; and, because they believed that Heracles, who was worshipped in their mother city, was exceedingly angry with them, they sent a large sum of money and many of the most expensive offerings to Tyre…In their zeal to make amends for their omission, they selected two hundred of the noblest children and sacrificed them publicly.”

Plutarch, in his ‘On Superstition,’ wrote of the Carthaginians, “No, but with full knowledge and understanding they themselves offered up their own children, and those who had no children would buy little ones from poor people and cut their throats as if they were so many lambs or young birds; meanwhile the mother stood by without a tear or moan; but should she utter a single moan or let fall a single tear, she had to forfeit the money, and her child was sacrificed nevertheless; and the whole area before the statue was filled with a loud noise of flutes and drums took the cries of wailing should not reach the ears of the people.”

Large burial grounds containing the remains of children have been found at Phoenician sites across the Mediterranean, including off the coast of Sicily and on Saridinia.

At Carthage, near Tunis in Tunisia, a burial ground was discovered containing a vast number of urns, with the majority containing the remains of children. Some argue that these were the cremated remains of children who died of natural causes. But signs point to these having been victims of human sacrifice. The burial ground is adjacent to temples to Baal Amon and Tanit. There were animal remains found inside certain urns, which would suggest that the remains here were used for sacrifices. Inscriptions on stelae associated with the infant burials record vows to Tanit and Ba’al Hammon having been met, another indication of sacrifice. And children’s teeth would have shrunk in the fire, and thus despite the smaller size are more likely to have come from healthy babies and not babies that did not survive childbirth.

So in all likelihood, the Phoenicians continued the hard to comprehend practices of the ancient Canaanites. It was this practice that Josiah ended in the Kingdom of Judah.

The Carthage Tophet of Salammbo, named for the neighborhood in which it is located, can be visited today near the city of Tunis in Tunisia.