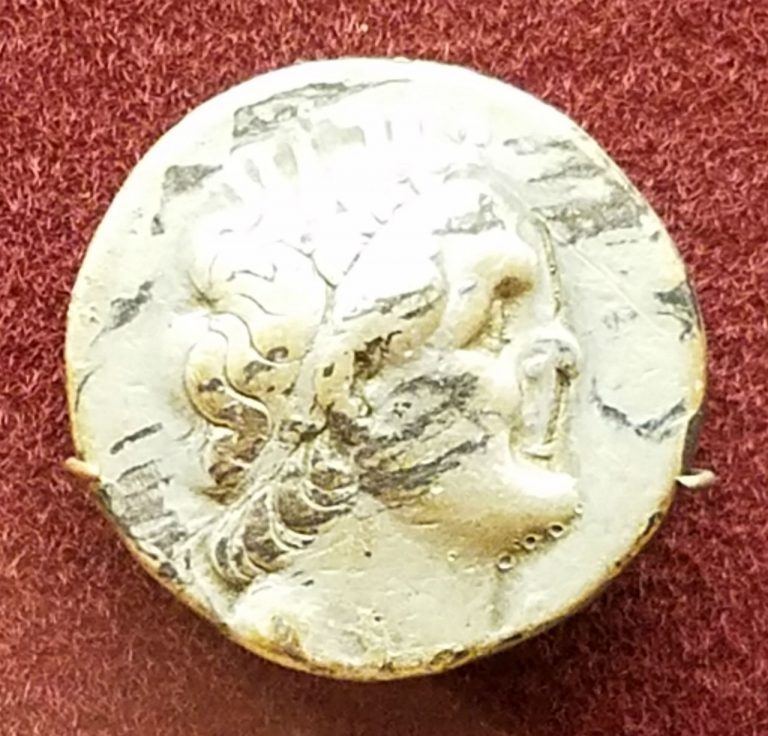 The story of Isis and Osiris was an important myth in ancient Egypt, and appeared over time in the important ritual Pyramid Texts, Coffin Texts and Book of the Dead.

In the myth, the earth, Geb, and the sky, Nut, gave birth to four gods: the god Osiris, the goddess Isis, the god Seth and the goddess Nephthys. Osiris became the king of Eygpt and was married to his sister Isis. Seth was jealous of Osiris’ position, so Seth killed Osiris, cut him to pieces and dispersed the dismembered body parts. Isis transformed into a bird and located Osiris’ parts and reconstituted his body long enough for her to become impregnated with their son Horus.

Osiris left the world of the living and became the king of the underworld. Isis hid the baby Horus in the reeds of the Nile River to protect the rightful heir from her jealous brother Seth. When Horus came of age he fought and defeated Seth, to become the living king of Egypt. The deceased king and living king are both then connected to the union of the two siblings, Osiris and Isis.

There could be a number of advantages to royal Egyptian siblings marrying each other.

Through much of Egyptian history, the Egyptians viewed themselves as the best of humanity and Egypt the most important land, and Egyptian princesses were not given to foreign princes to marry. This limited the potential pool of equivalent and appropriate marriage partners.

Marrying a sibling had political advantages. It kept power contained within the family and limited the possibilities for palace intrigue.

The pharaohs were often seen as gods. In Egyptian art, the pharaoh could be depicted as the living Horus, and his deceased father who had been pharaoh depicted as Osiris, ruling the underworld. By marrying a sibling, the pharaoh was emulating the gods, as Osiris was married to his sister Isis.

Examples of pharaohs marrying their sisters abound. DNA studies show that Tutankhamun, the famous inhabitant of the tomb of King Tut, was the son of the Egyptian king Akhenaten and Akhenaten’s sister.

Ptolemy II Philadelphus was the 3rd century BCE Greek ruler of Egypt. According to the Letter of Aristeas and the Babylonian Talmud, he was the ruler who translated the Bible from Hebrew into Greek. He also banished his first wife and married his sister. While this was normal practice for Egypt’s rulers, it was a shocking development to the Greeks, and Ptolemy became known as Ptolemy II Philadelphus, Philadelphus meaning brother-loving in Greek, for the brother-loving Egyptian practice of marrying his sister.

Today’s city of Amman, Jordan was named Philadelphia under Ptolemy II, in his honor. Philadelphia, Pennsylvania was given its name for brotherly love, but this history of the name is different than what most imagine.

When Leviticus 18 warns, “You must not do as they do in Egypt,” this practice of marrying a sister is what it is warning against.

Above is of a coin featuring a not so great image of Ptolemy II Philadelphus, on display at the Eretz Israel Museum in Tel Aviv.