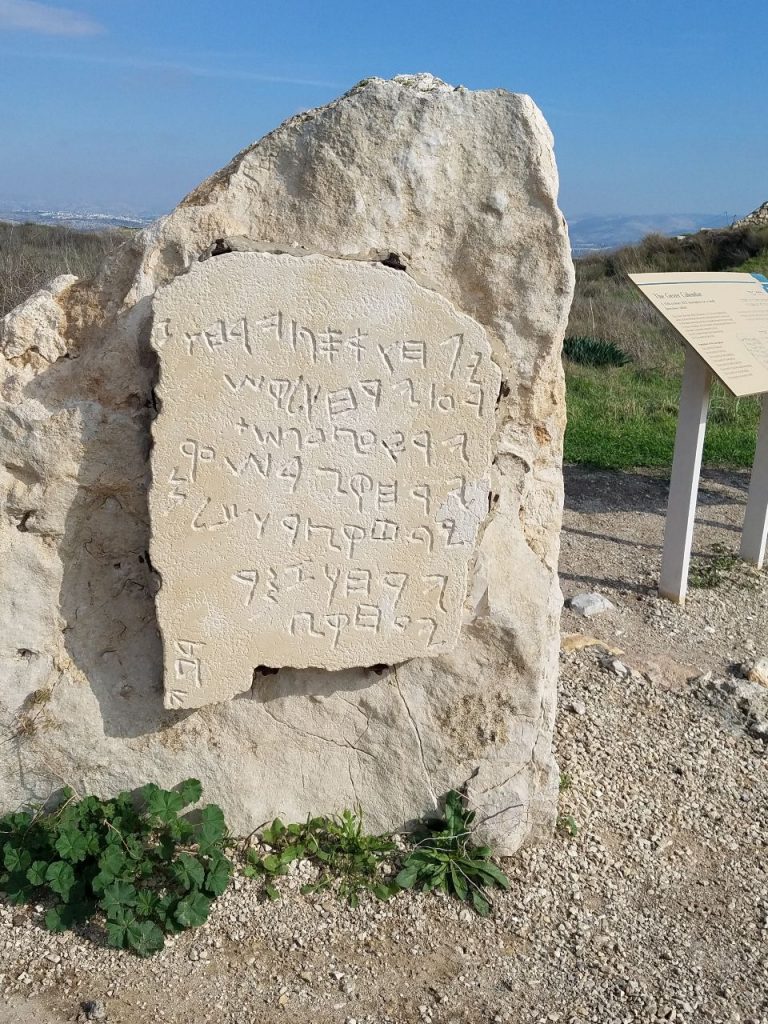 “Now the famine was still severe in the land. So when they had eaten all the grain they had brought from Egypt, their father said to them, Go back and buy us a little more food.”

Tel Gezer is the site of the ancient city of Gezer. The city lies roughly between Jerusalem and Tel Aviv, near modern day Ramla. In antiquity it sat along the trade route between Egypt to the south and Syria to the north, where goods could be transported to Mesopotamia, and was a path to reach the central hill country. Because of its strategic location, the city became an important Canaanite city-state. Its importance is evident in the Bible, where in 1 Kings 9 “Pharaoh king of Egypt had attacked and captured Gezer. He had set it on fire. He killed its Canaanite inhabitants and then gave it as a wedding gift to his daughter, Solomon’s wife. And Solomon rebuilt Gezer.”

The Gezer Calendar inscription was discovered at the site. The dating of the inscription is not clear, and it may be a 10th century BCE artifact. The inscription records an annual agricultural cycle:

One month reaping and measuring grain

The two months of gathering would roughly correspond with our October-November, and the cycle completes with summer fruit collected in the September time frame.

The image above is of a replica Gezer Calendar inscription on display at the site of Tel Gezer. The original sits in the Museum of Archaeology in Istanbul, Turkey.