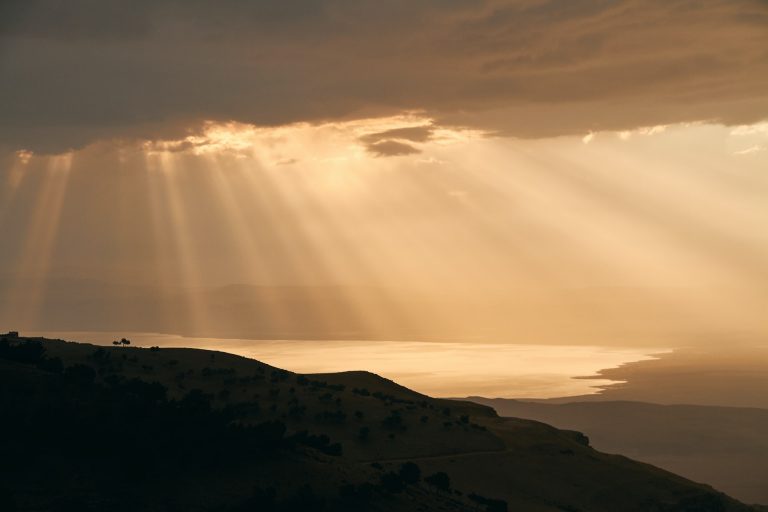 In Numbers 26, Israel found itself on the plains of Moab, east of the Dead Sea: After the plague the Lord said to Moses and Eleazar son of Aaron, the priest, “Take a census of the whole Israelite community by families, all those twenty years old or more who are able to serve in the army of Israel.” So on the plains of Moab by the Jordan across from Jericho, Moses and Eleazar the priest spoke with them and said, “Take a census of the men twenty years old or more, as the Lord commanded Moses.”

For archaeologists, Moab lies in the region directly to the east of the Dead Sea. The land rises from the valley to a plateau. Moab is bisected by the Arnon River, as evidenced by inscriptions in the region.

In Numbers 21, Moab’s northern border ends at the Arnon River, opposite the center of the Dead Sea. “The Arnon is the border of Moab, between Moab and the Amorites. That is why the Book of the Wars of the Lord says ”…Zahab in Suphah and the ravines, the Arnon and the slopes of the ravines that lead to the settlement of Ar and lie along the border of Moab.”

An early sign of royal control of Moab is in evidence on the Balua’ Stele. It is so named due to its discovery at Balua’, a southern access point to the Arnon River.

Dating of the Balua’ Stele is inexact, with a timeframe ranging from 1400 BCE to 800 BCE, but more likely from the Late Bronze to Early Iron Age, between the late 14th century and mid-12th century.

The stele shows an image of three characters. The image is of an Egyptian style god and goddess separated by what appears to be a king. This unknown king is shown wearing a Shasu headdress, a head covering associated with the Shasu, a nomadic group with possible connections to the Israelite God. The god is handing the king his scepter, indicating that the king ruled by divine right. The language on the stele is indecipherable, limiting what can be known from it.

The photo above is of the Dead Sea, as seen from the Jordanian side. An image of the Balua’ Stele can be seen via the link below: