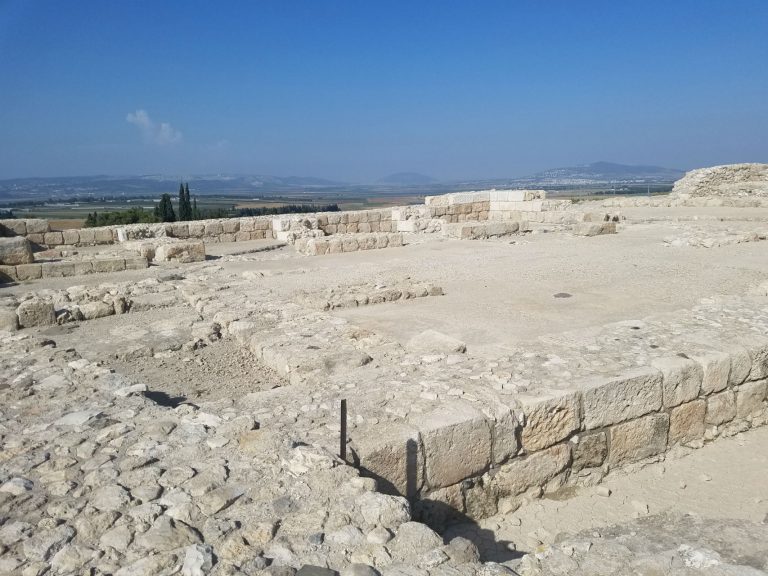 In Numbers 22, Balak, the king of Moab, summoned Balaam son of Beor, to curse the nation of Israel that was on his country’s doorstep. In Numbers 23, when Balaam tried to curse Israel, his words came out as a blessing:

“No misfortune is seen in Jacob, no misery observed in Israel. The Lord their God is with them, the shout of the King is among them. God brought them out of Egypt; they have the strength of a wild ox. There is no divination against Jacob, no evil omens against Israel. It will now be said of Jacob and of Israel, see what God has done. The people rise like a lioness, they rouse themselves like a lion that does not rest till it devours its prey and drinks the blood of its victims.”

Part of Balaam’s blessing of Israel is that “The Lord their God is with them, the shout of the King is among them.” The king in this instance appears to be God, not a human king of Israel. In the Torah, Israel is led by Moses, but not by a formal king.

In Deuteronomy 17, it notes that Israel did not have a king, but would only desire one after they entered Canaan and conquered it: When you enter the land the Lord your God is giving you and have taken possession of it and settled in it, and you say, “Let us set a king over us like all the nations around us,” be sure to appoint over you a king the Lord your God chooses.”

The early Israelite settlers in the hill country of Canaan appear to have lived in an egalitarian society, where they were all equally poor. Their “four-room” houses were similar. Their pottery was local, unadorned and utilitarian. There is no sign of ornate burials. And they do not appear to have had a king.

No royal inscriptions have been found in hill country Iron Age I. Outside of Canaan, there is no mention of an Israelite or Judahite king in Iron Age I, as there is during Iron Age II, after 1000 BCE. The hill country Iron I villages have no large scale buildings or monumental architecture which would indicate the presence of royalty. By contrast, the ancient capital of the Kingdom of Israel at Samaria, modern day Sebastiya roughly 10 miles northwest of Nablus, or Shechem, contains the remains of the Israelite king’s palace during Iron Age II.

The image above is of the palatial building at Megiddo that dates to Iron Age II. This building had a monumental entrance with a roof supported by large columns and a large ceremonial hall, something that is not found in the earlier villages of the central hill country.

For early Israel in the Bible, God was king. Over 3,000 years later, even the King himself knew who the king of kings was: