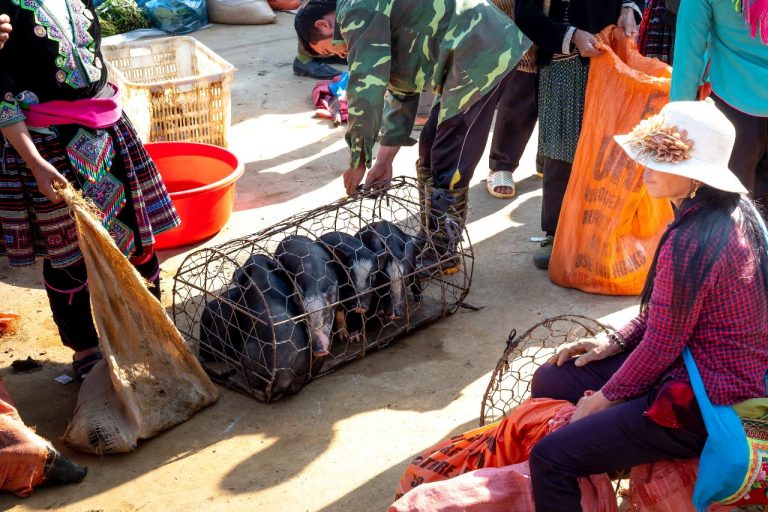 Khirbet Qeiyafa is a hilltop archaeological site along the border of the Shephelah, the Judean foothills, and Philistia, the southern coastal region of Canaan. It was a single period site in the early Iron Age, active for a short period before the city was destroyed. There is a debate as to who occupied this site, and options include the Philistines, Canaanites, an autonomous kingdom, the Israelite kingdom, or a Judean kingdom.

Prior to the Iron Age, pig was a component of diets across the landmass of Canaan. With the invasion of the Sea Peoples, the Philistines brought pigs along with them and pig was a major part of the Philistine diet. At the same time, pig disappears from diets in the central hill country inhabited by the early Israelites and in certain Canaanite areas in the lowlands of Canaan.

During excavations at Khirbet Qeiyafa, thousands of fragments of animal bones were recovered. A study of these remains showed that the bones came from sheep, cattle and goats, but not from pigs. Whereas the nearby Philistines cities of Ekron and Gath showed high concentrations of pig bones in animal remains, pig bones were almost entirely absent at Qeiyafa.

In the Philistine cities, pigs made up a major portion of the local meat consumption. In most Canaanite cities, pigs amounted for a smaller but still significant portion of diets. The lack of pig bones at Qeiyafa is a possible cultural marker and an indication that Qeiyafa was occupied by inhabitants connected to the central hill country, where pig consumption was largely absent.

If the site is indeed Israelite or Judahite, it points to a city that is likely led from a kingdom in the hill country, possibly from Gibeah or from Jerusalem.