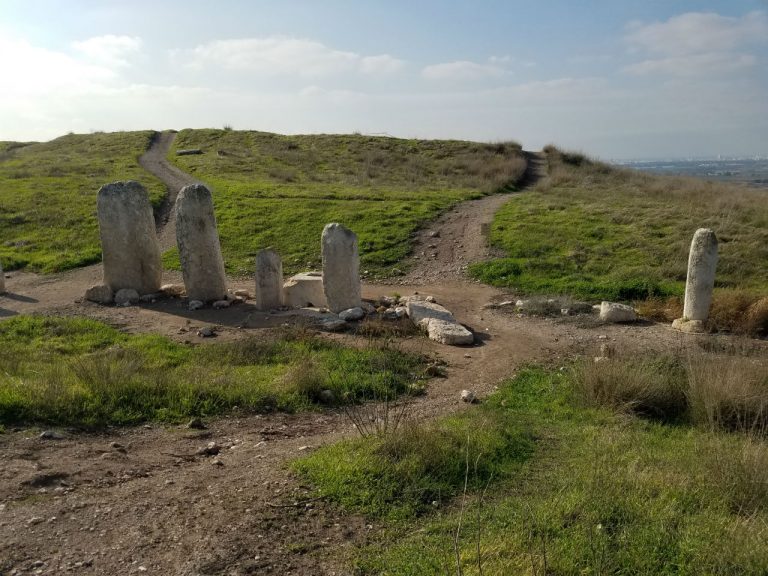 The weekly Torah portion of Nitzavim in Deuteronomy reminds Israel about what they had encountered on their journey from Egypt to the eastern banks of the Jordan River. “You yourselves know how we lived in Egypt and how we passed through the countries on the way here. You saw among them their detestable images and idols of wood and stone, of silver and gold. Make sure there is no man or woman, clan or tribe among you today whose heart turns away from the Lord our God to go and worship the gods of those nations; make sure there is no root among you that produces such bitter poison.”

One of the “detestable” practices that Israel would have seen along the way was that of the matzevot. A matzevah is a pillar that was set up as a standing stone and is typically associated with worship to the gods. Early on in the Torah, before the exodus from Egypt, the standing stone might have had a positive connotation. In Genesis 28, “early the next morning Jacob took the stone he had placed under his head and set it up as a pillar and poured oil on top of it and he called the place Bethel.” However, in Leviticus and Deuteronomy the standing stone assumes a negative connotation, as it advises to “smash their matzevot.”

Isolated groups of standing stones dot the landscape across the regions that the wandering nation of Israel is said to have crossed. They appear across the Sinai Desert, the areas of today’s southern Israel that were not part of biblical Israel, and in the Transjordan, the region east of the Jordan River. These ubiquitous standing stones were in the land that Israel entered as well. They appear across the country, notably at Gezer, Megiddo and Hazor, which were major Canaanite cities on important trading routes.

As with other forms of worship, such as to Baal and to Asherah, the Israelites appear to have continued to engage in the local practice. Matzevot have been found at sites that were controlled by the northern kingdom of Israel as far north as Tel Dan and as far south at Arad. The Book of 2 Kings indicates that standing stones were also commonplace in the southern kingdom of Judah. Hezekiah and Josiah both “smashed the standing stones” as part of their religious reforms.

In the First Temple period, evidence points to the kingdoms of Israel and Judah both continuing the practices of the nations they passed through and those of the Canaanites, worshipping “detestable images and idols of wood and stone, of silver and gold.” It is only after the return from the Babylonian exile, with the Persian Empire, that practices such as the use of standing stones finally ceases.

The Canaanite standing stones in the image above can be seen at Gezer, in central Israel today.