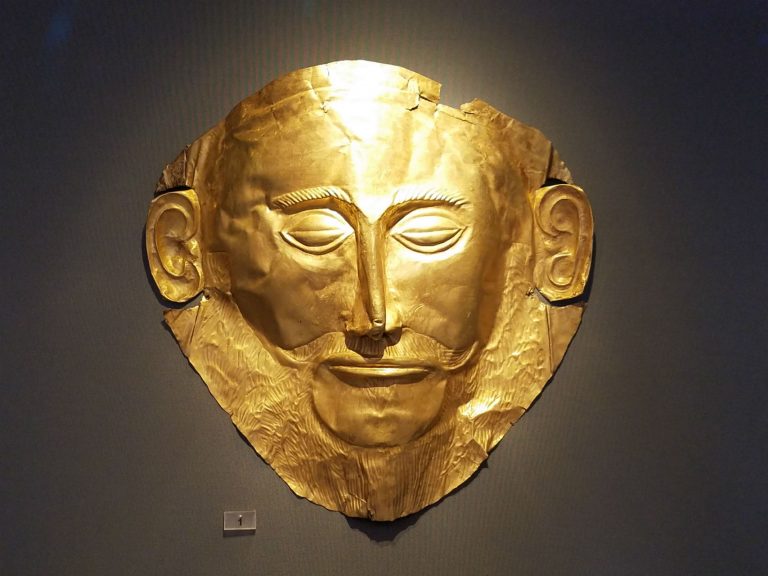 In Genesis 6, God decides to destroy the human race due to their wickedness, and to leave only Noah, his family, and the animals to continue on. In Genesis 7 God floods the earth, and in Genesis 8 Noah’s family grows to become the founders of new nations.

In the late 13th and early 12th centuries BCE, a similar process of destruction and regenesis ocurred. The Late Bronze Age collapse in the ancient Near East saw the large powers of the time suffer the loss of centralized authority, economic decline and resulted in changes in population and settlement patterns.

Many of the great kingdoms of this period experienced declines or disappeared altogether. At the outset of the 12th century BCE, the Mycenaean kingdom of Greece was destroyed. In the middle of the 12th century BCE, the Kassite kingdom of Babylon was defeated. Around the same time, the Hittite kingdom of Anatolia, modern day Turkey, collapsed. Egypt’s New Kingdom saw its power begin to wane and it lost control of Canaan. By the mid-11th century BCE, centralized control of Egypt had unwound, ushering in the Third Intermediate Period. The Assyrian kingdom survived, but as a rump state.

A number of suggestions have been made as to the cause of the upheaval. Climate change or revolts in the Aegean could have triggered disruptions that gradually sent shockwaves through the entire region. Invasions of ‘Sea Peoples’ from the Aegean or Anatolian coast could have destroyed cities and disrupted the various powers and the networked trading system in the region. The loss of trade would have been catastrophic for kingdoms that depended upon food imports. The spread of iron and steel tools could have changed the power balance, and advances in war fighting could have disrupted the balance of power. Internal revolts could also have been a cause for the demise of the kingdoms.

The collapse of these kingdoms led to a reduction in trade across the entire region and the decline of large urban cities. It also led to an archaeological dark age. Large kingdoms have access to greater resources and specialization of tasks, feature better record keeping of trade, produce more monuments and construct monumental buildings. When large powers are weakened or disappear, these records of the past disappear with them.

In Joshua 3, Joshua led the Israelite invasion of Canaan: “So when the people broke camp to cross the Jordan, the priests carrying the ark of the covenant went ahead of them. Now the Jordan is at flood stage all during harvest. Yet as soon as the priests who carried the ark reached the Jordan and their feet touched the water’s edge, the water from upstream stopped flowing. It piled up in a heap a great distance away, at a town called Adam in the vicinity of Zarethan, while the water flowing down to the Sea of the Arabah (that is, the Dead Sea) was completely cut off. So the people crossed over opposite Jericho. The priests who carried the ark of the covenant of the Lord stopped in the middle of the Jordan and stood on dry ground, while all Israel passed by until the whole nation had completed the crossing on dry ground.”

In the biblical story, this scene is the start of a new era for ancient Canaan, signifying a changing of the guard that will lead to the entity of Israel establishing itself in the early Iron Age.

The image of above is of a Mycenaean grave mask, on display at Greece’s National Archaeological Museum in Athens. This bright gold mask is from a culture that would soon go dark with the Late Bronze Age Collapse. This has left archaeologists studying the period dancing in the dark: